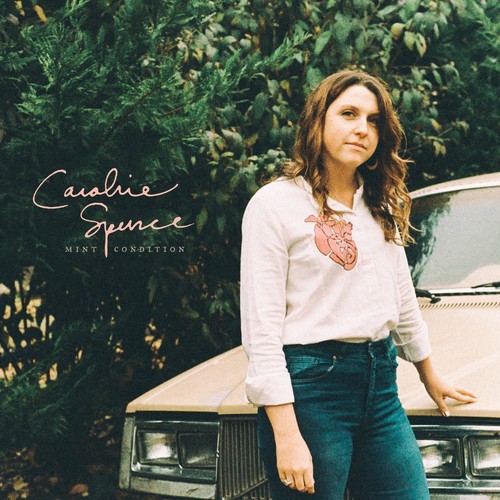 Nashville-based singer-songwriter Caroline Spence will release Mint Condition, her third full-length release and her debut for Rounder Records, on May 3, 2019.

Mint Condition is an album narrated by people in various states of searching: alone on faraway highways, restless on rooftops in glamorous cities, stubbornly chasing their deepest dreams against all better judgment. With her poetic clarity and precision of detail, the Nashville-based artist reveals the risk in setting out on an unconventional path, and subtly makes the case for living your own truth without compromise or fear.
Throughout Mint Condition, Spence shows the ever-expanding depth of her musicality, with the album encompassing everything from the full-tilt jangle-pop of “What You Don’t Know” to the stark atmospherics of “Sometimes a Woman Is an Island” to the ghostly folk of “Who Are You.” And on the heart-walloping “Wait on the Wine,” her tender vocals take on an entirely new power.

One of the most anthemic tracks on the record, the sharp-edged yet swinging “Long Haul” delineates the many demands of the musician’s life, including the self-sabotage often required in sustaining passion (“I keep breaking everything I’m fixing, so I can be fixing to do it tomorrow night”).

The sole co-written track on Mint Condition, “Song About a City” finds Spence collaborating with Nashville artist Ashley Ray and illuminating the troubles brought on by a romantic temperament.

On “Angels or Los Angeles,” meanwhile, Spence offers up a cinematic piece of storytelling. With several lyrics mined from church signs and freeway warnings from a solo trip to Joshua Tree, the slow-building story-song puts its own spin on the classic runaway narrative (“It’s like a line in someone else’s love song/Her life, like some cowboy’s cliché”).

An especially personal song, “Sit Here and Love Me” elegantly uncovers the nuances of a very specific emotional experience. “I’m dating someone with an incredibly sunny disposition, and as a person who deals with depression and anxiety, I’ve had to explain all that to him while knowing he might never fully understand it,” says Spence. “That song is my way of saying, ‘Don’t worry, it’s okay-you don’t have to try and fix anything for me. Just be exactly how you are.'” With its graceful piano melodies, “Sit Here and Love Me” gently unfolds in flashes of wisdom and insight (“Please recognize my shadow/This is the same place from where I love you deeply”).

Mint Condition closes out with its breathtaking title track, a song with an enchanted history. “I remember sitting on the floor of my bedroom in 2013, at a point when I’d been writing a lot of woe-is-me breakup songs,” Spence recalls. “I gave myself a writing prompt that was something like, ‘Let’s write the opposite of all that; let’s think about the type of life you’d like to look back on when you’re older. Let’s write something good enough for Emmylou Harris to sing.'” Drawing inspiration from her grandmother, Spence then came up with “Mint Condition,” a moment of beautifully bittersweet reflection. Through a few serendipitous twists and turns, Spence eventually recorded the song with Harris herself, their two distinctly textured voices blending to spellbinding effect. “We lost my grandmother recently, and it was really meaningful to me to have her hear that version with Emmylou singing,” says Spence. “Everything came full-circle in this amazing way.”