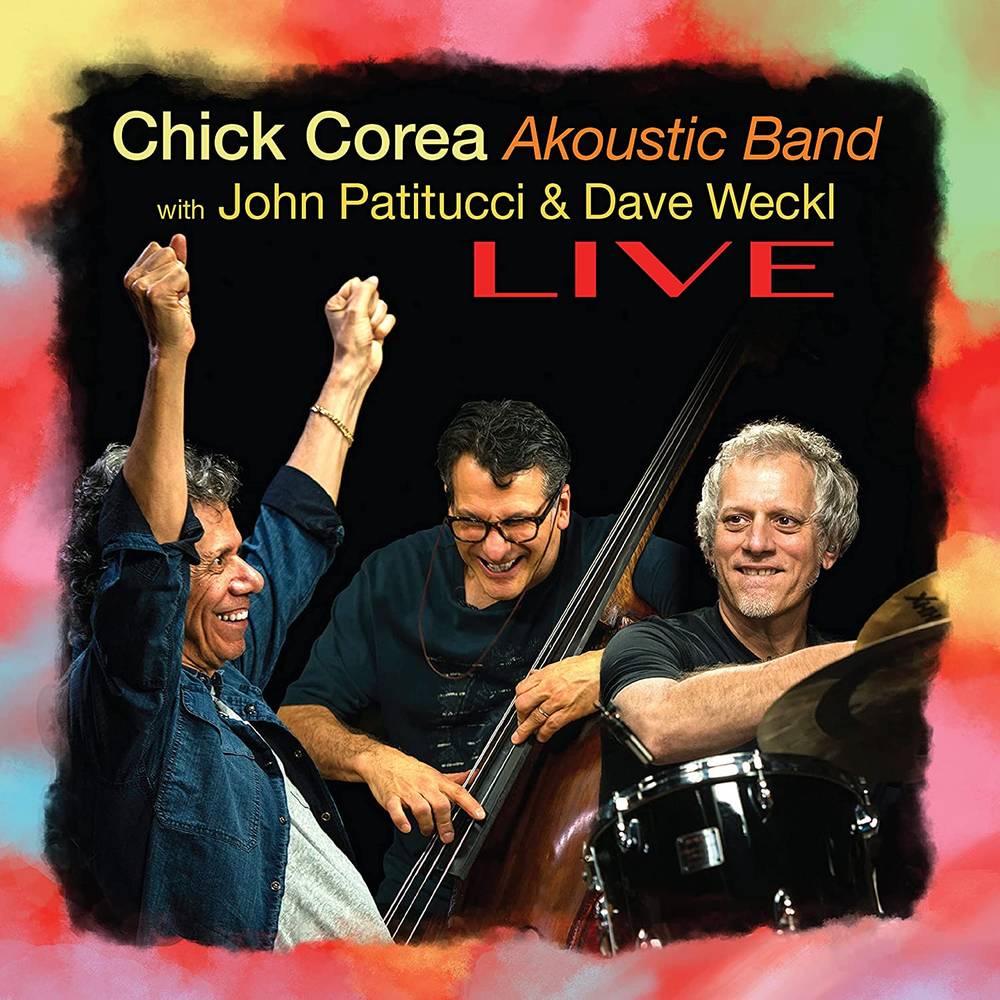 Chick Corea attained iconic status in music. The late keyboardist, composer and bandleader was a DownBeat Hall of Famer and NEA Jazz Master, as well as one of the most nominated artists in GRAMMY Awards history with 68 nods - and 24 wins, in addition to 4 Latin GRAMMYS. From straight-ahead to avant-garde, bebop to jazz-rock fusion, children's songs to chamber and symphonic works, Chick touched an astonishing number of musical bases in his career after playing with the genre-shattering bands of Miles Davis in the late '60s and early '70s.

The latest addition to Chick Corea's remarkable discography is Chick Corea Akoustic Band LIVE, the long-anticipated reunion of his beloved Akoustic Band with bassist John Patitucci and drummer Dave Weckl, together as a trio for the first time in more than two decades. Under any circumstances, these thrilling live recordings would be a welcome addition to Corea's prodigious discography. With the news of his passing still so fresh in listeners' minds, its release comes as an opportunity for fans to bid farewell while cherishing the communal energy and playful vigor that made the pianist a favorite of jazz lovers around the world for nearly 60 years. Chick Corea Akoustic Band LIVE, the 2-CD/3-LP set was recorded January 13, 2018 at SPC Music Hall in St. Petersburg, Florida. Due out November 5, 2021 via Concord Jazz, the trio's intricate interplay and highwire jousting reflects more than 30 years of collaboration between Corea's Akoustic and Elektric Bands and serves as a celebratory reminder of Corea's singular genius, with more than two hours of inspired playing and spirited camaraderie.