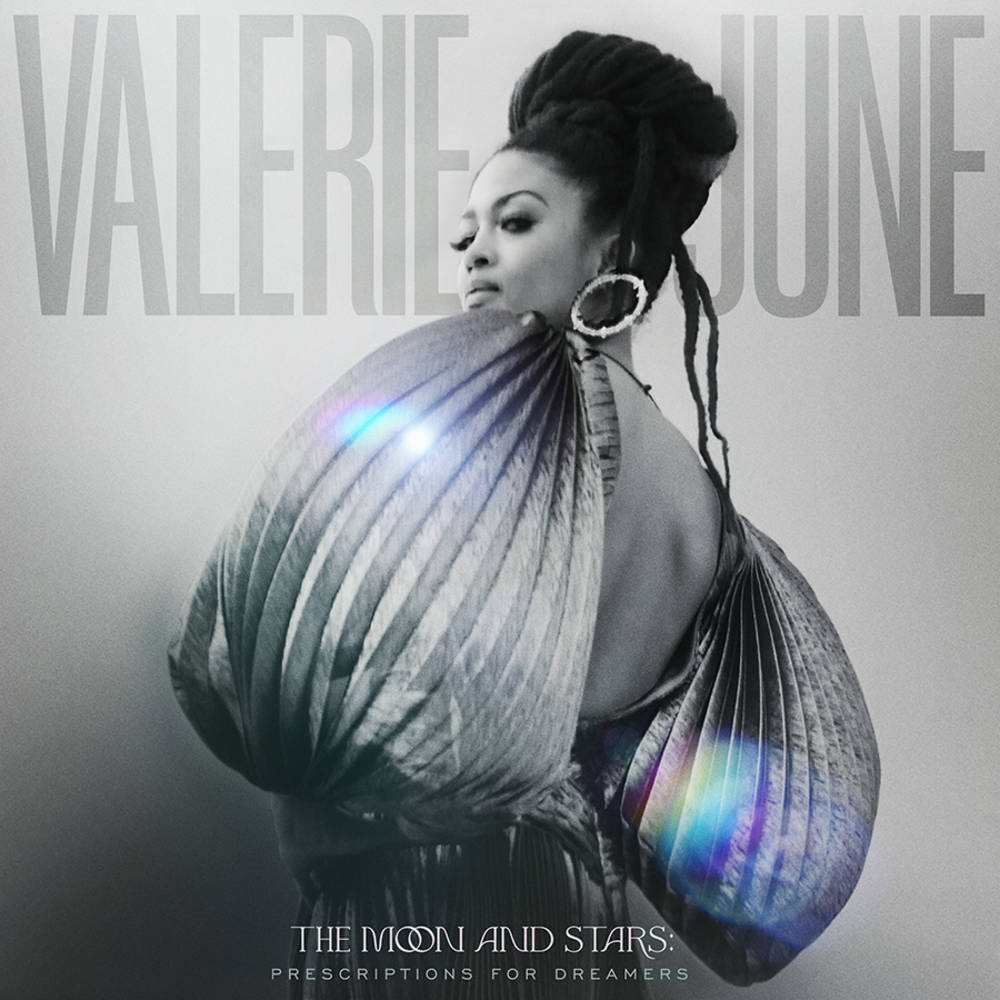 Produced by Jack Splash (Kendrick Lamar, Alicia Keys, John Legend) and Valerie June, the new album The Moon and Stars: Prescriptions for Dreamers achieves a transcendent effect thanks in no small part to the splendor of its sound, an exquisitely composed tapestry of folk, soul, gospel, country, blues, psychedelia, and time-bending symphonic pop. The result is a selection of songs both ornate and elegant, each moment crafted with a profound awareness of what’s most essential in creating enduring beauty. The follow-up to Valerie June’s widely adored The Order of Time—a 2017 effort that earned the admiration of Bob Dylan and landed on best-of-the-year lists from the likes of Rolling Stone and the New York Times— The Moon and Stars: Prescriptions for Dreamers is a potent catalyst for that kind of magic. With her spellbinding vocals and infectious sense of wonder, Valerie June gently eases the listener into a far more charmed state of mind, one that quickly restores a powerful feeling of joyful possibility.