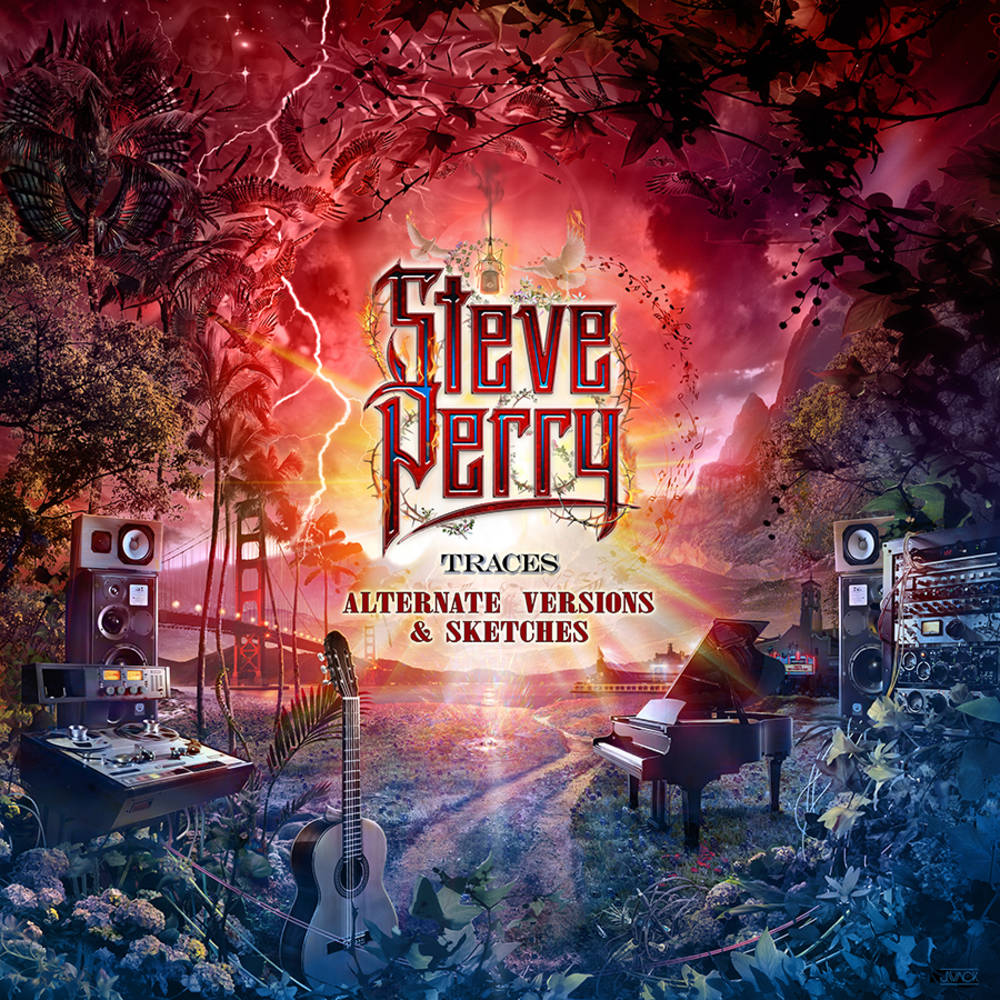 "In the fall of 2018, Steve Perry made his long-awaited return with the release of TRACES, the legendary musician’s first new album in 25 years. The album’s personal expression of love, inspiration and renewal resonated with both critics and fans around the world, thrilled to have their ‘voice of a generation’ making new music once again.

Now, on TRACES (Alternative Versions and Sketches), Steve revisits many of the album’s favorite tracks, stripping away the grand production touches, taking the songs down to their pure essence. Presented acoustic and raw, songs like “Sun Shines Gray,” “No Erasin’,” “No More Cryin’,” and “Most Of All” take on a new and different meaning, quieter and even more intimate than before. In this setting, the lyrics take on greater significance too, as Steve’s iconic voice glides out-front, vibrant, clear and warm. Also on hand is the renowned L.A. session guitarist Waddy Wachtel, lending his stellar acoustic guitar work throughout.

Produced by Steve Perry and his longtime collaborator and friend, Thom Flowers, TRACES (Alternative Versions and Sketches) offers a fascinating glimpse into Steve’s creative process and a deeper understanding into an already treasured album."