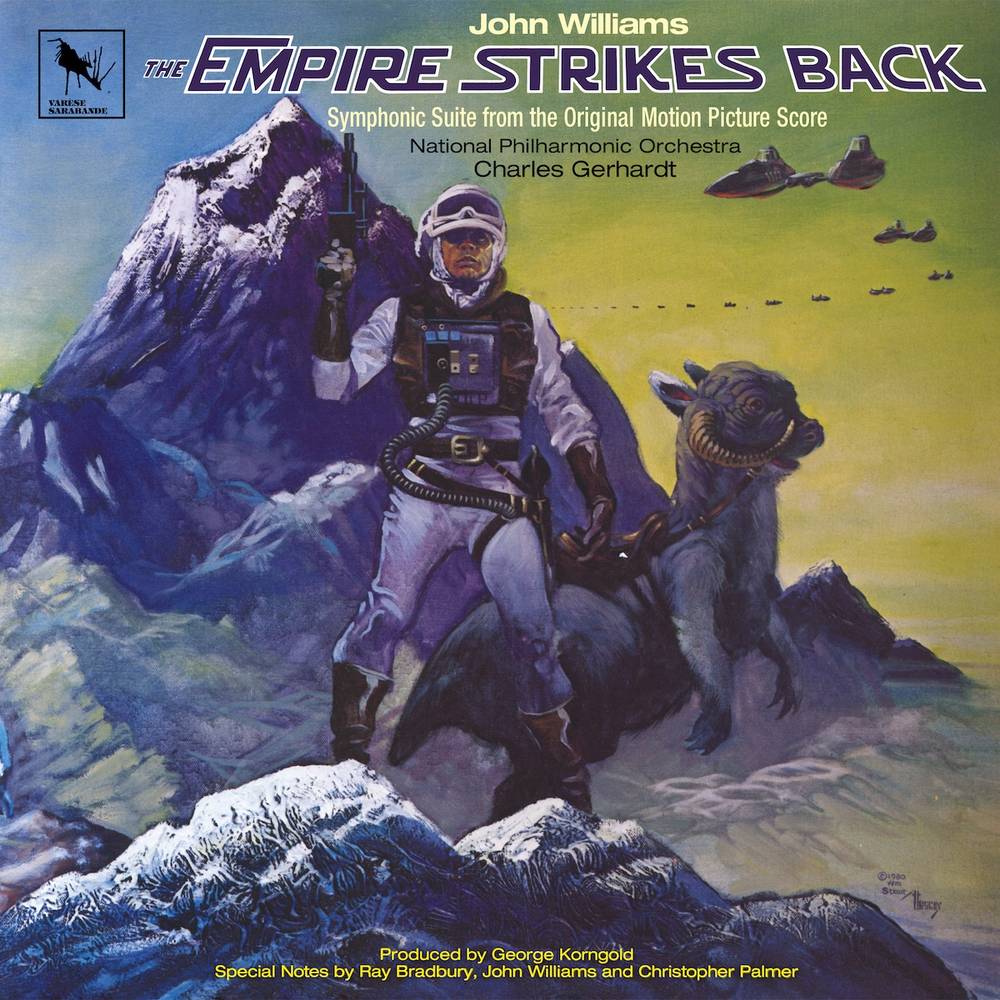 John Williams wrote this suite for concert performance, and then worked with the National Philharmonic Orchestra to bring that experience to vinyl record. This fantastic long out of print album comes in a gatefold jacket with the original iconic Star Wars paintings by William Stout, images of John Williams, and notes from author Ray Bradbury, composer and critic, Christopher Palmer, and from the maestro himself. Out of print since original pressing in 1980.