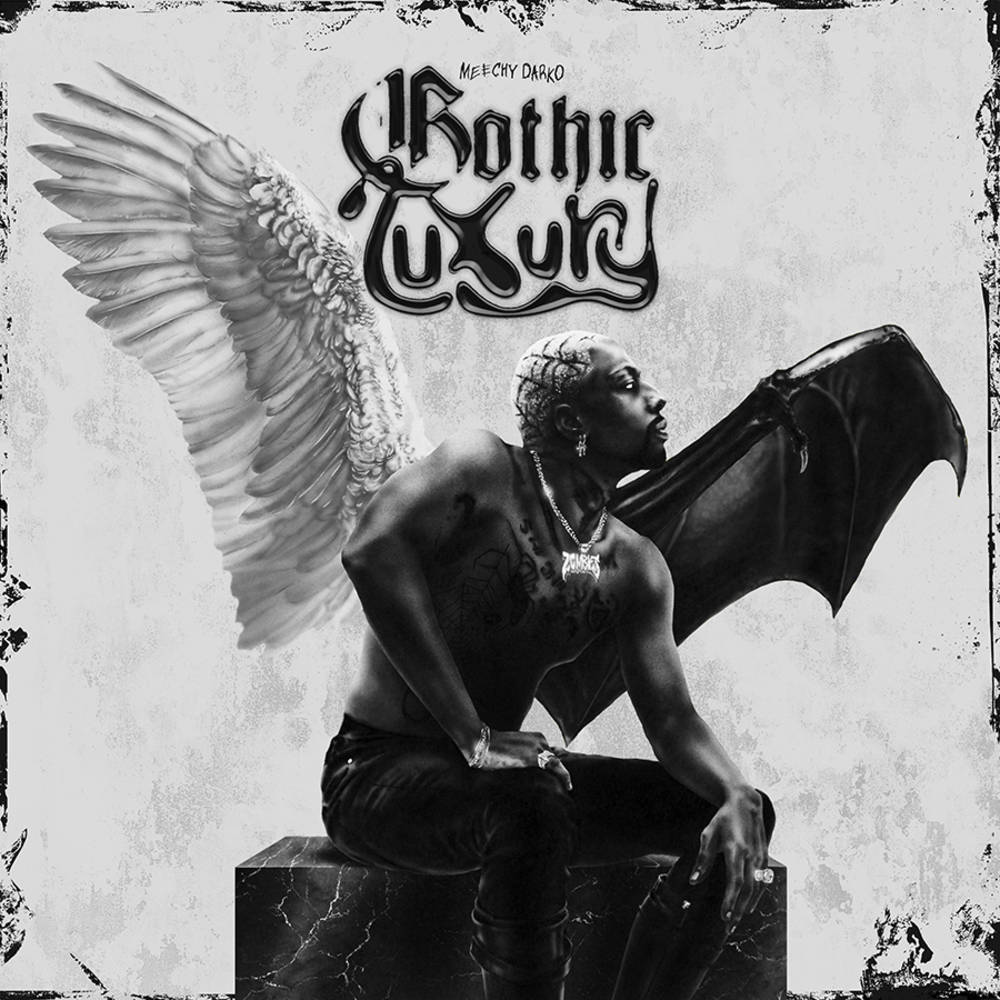 Meechy Darko, an artist who has achieved both critical acclaim and commercial success as one-third of Brooklyn hip-hop group Flatbush Zombies, is well aware that the “crazy shit, crazy-colored hair and psychedelics” of his group are imprinted in the brains of many fans, but on his solo debut album Gothic Luxury (executive produced by Dot Da Genius) there is a through line of brutal honesty and catharsis which prove him to be one of the rawest and most candid rappers in the game.