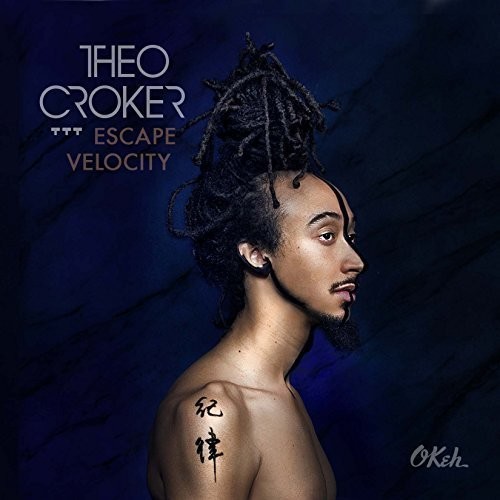 Theo Croker's 2016 album, Escape Velocity, arrives unchecked and un-filtered. It doesn't attempt to fit any one specific musical category, but draws upon the core principles of jazz, merging styles and ideas to a unique sound. This innovative, alchemic amalgam reflects Croker's mission to embrace the past while freely evolving the music forward. He rejects limitations and shirks boundaries. "In an effort to remain honest, music must serve not only as an artistic expression of humanity through tones and rhythms, but it must also reflect the society that gave it life," says Croker. "My life experiences have allowed me to share an eclectic, global viewpoint and my music gives listeners a look into that world." Trumpeter/composer Theo Croker was raised in Leesburg, Florida. The grandson of New Orleans trumpet legend Doc Cheatham, Theo graduated from Oberlin College Conservatory where he studied with jazz legends like Gary Bartz, Robin Eubanks, Billy Hart, Wendell Logan, Marcus Belgrave and Dan Wall. After college, Croker moved to Shanghai, China where he broadened his concept of jazz to encompass other surprisingly complimentary genres such as salsa, fusion/rock, R&B, hip hop and blues. It was in Shanghai where Theo met and performed for the first time with vocal icon Dee Dee Bridgewater who took him under her wing.