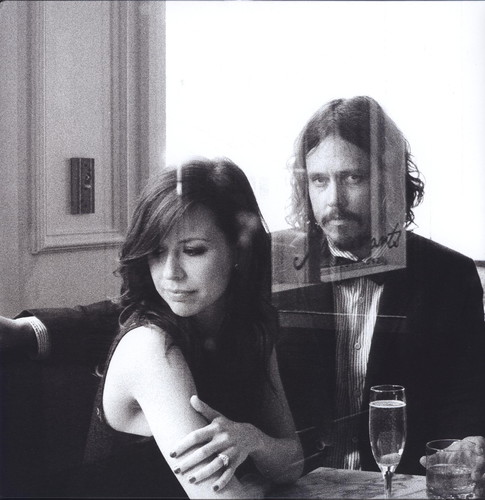 Barton Hollow is the first full-length studio album from The Civil Wars. Produced by Charlie Peacock, it was released on February 1, 2011, and became the No. 1 downloaded album on iTunes that same week. It also charted at No. 1 on the Billboard Digital Albums chart, No. 10 on the Billboard 200, No. 1 on the Billboard Folk Albums chart, and No. 2 on the Billboard Rock Albums chart, selling 25, 000 copies in it's first week. As of August 2013, the album has sold 623, 000 copies in the US. Barton Hollow was preceded by the lead single and title track, which was performed live on The Tonight Show with Jay Leno on January 14, 2011. A track on this album, "Poison and Wine" was previously released as a single from their EP Poison & Wine in 2009. On November 30, 2011, Barton Hollow was nominated for Grammys in the Best Folk Album and Best Country Duo/Group Performance categories, the latter for the title song. The album ended up winning both awards. Numerous publications noted that The Civil Wars were snubbed a Best New Artist nomination by The Grammys. At the ceremony The Civil Wars performed a portion of "Barton Hollow". The vinyl LP version of the record was pressed at United Record Pressing in Nashville, TN.