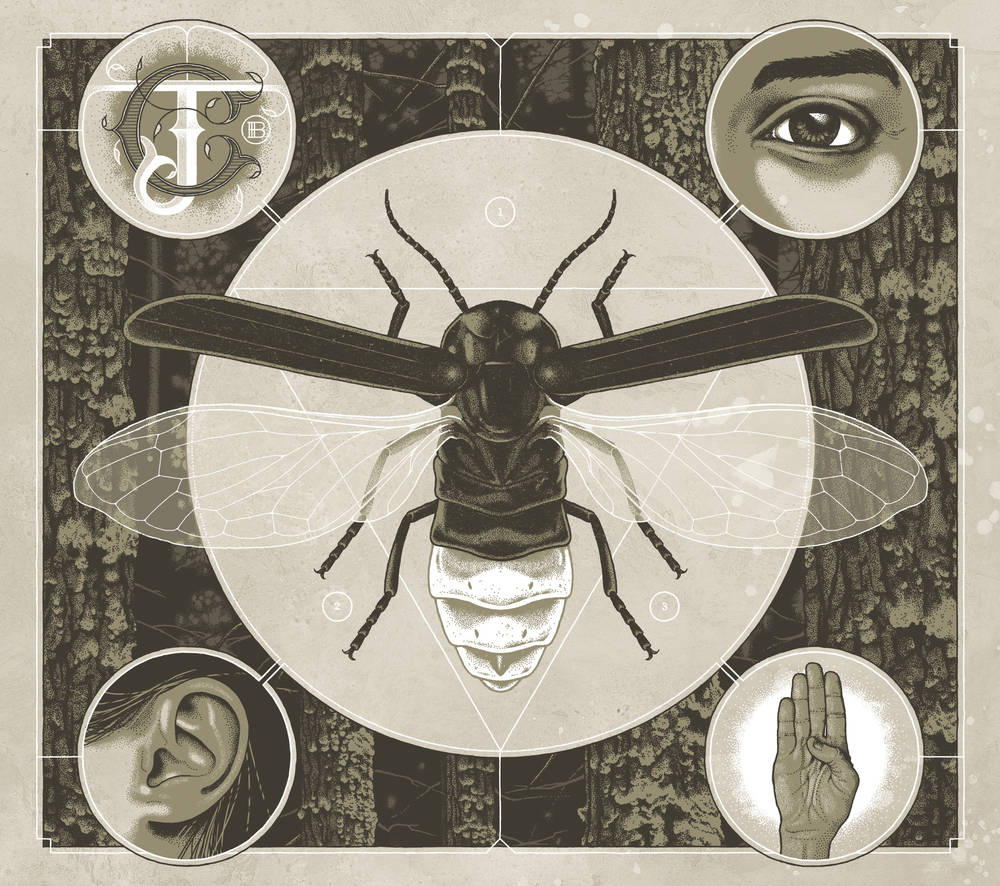 Glow In The Dark Packaging. Shortly after his December 2019 LA shows, Jerry Cantrell entered the studio to begin work on Brighten. The album was produced by Cantrell, Tyler Bates, and co-produced by engineer Paul Figueroa. The cast of players on Brighten is: Jerry Cantrell - Guitar, bass, vocals, keys, Greg Puciato - Background vocals, Duff McKagan - Bass, Gil Sharone - Drums, Abe Laboriel Jr. - Drums, Tyler Bates - Strings, percussion, guitar, Vincent Jones - Piano, keys, & strings, Jordan Lewis - Piano Michael, Rozon - Pedal steel, Lola Bates - Background vocals, Matias Ambrogi-Torres - Strings. "It was like an old school seventies record where a multitude of musicians played," smiles Cantrell. "So it's not a set band. I got to make music with a bunch of guys I never had before, along with friends like Duff & Tyler & Gil who I've worked with previously. I've always been a fan of bands that were heavy on harmony. Ive been lucky enough to have that relationship with Layne Staley and now William DuVall. Greg and I worked together in a similar fashion and blended nicely. We were creating and changing this thing all the way up until the end. It took way longer than I wanted it to, but it became an even better record. This record offers cleaner glimpses of what I grew up on, listened to, and am still inspired by todayâ" he states. "I was raised by two country fans, so I think you can hear that energy in there as well. This album has prominent roles for keys, strings, and pedal steel, which I haven't incorporated in such a heavy fashion before."