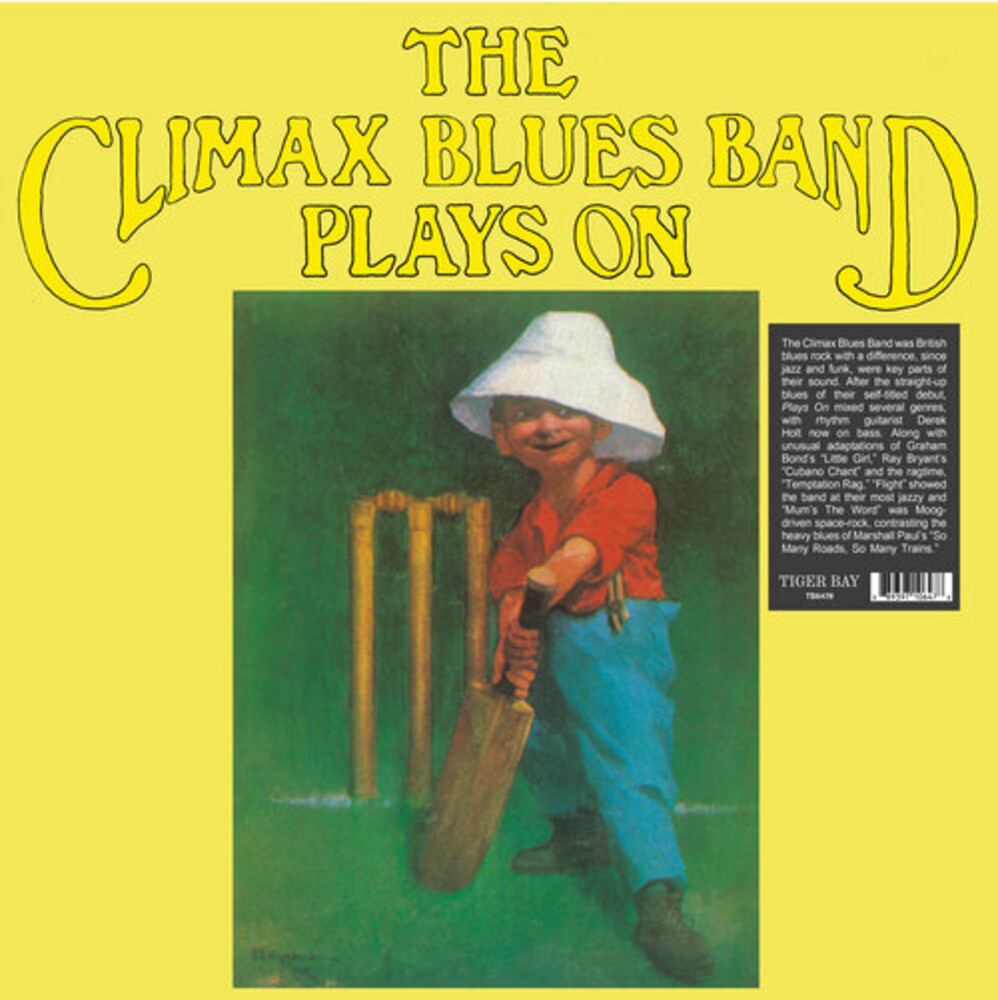 The Climax Blues Band (originally known as The Climax Chicago Blues Band) was formed in Stafford, England, in 1967 by vocalist and harmonica player Colin Cooper (1939-2008), guitarist and vocalist Pete Haycock (1951-2013), guitarist Derek Holt (b. 1949), bassist and keyboardist Richard Jones (b. 1949), drummer George Newsome (b. 1947), and keyboardist Arthur Wood (1929-2005). While jazz and later funk were also key parts of their sound, lead singer/saxophonist/harmonica player Colin Cooper had played in a garage group, The Hipster Image with guitarist Eric Leese. Forming Climax with guitarist Pete Haycock, keyboardist Arthur Wood, drummer George Newsome, rhythm guitarist Derek Holt and bassist Richard Jones. Their self-titled debut was a straight-up blues album that was far less rock-oriented than later releases. By the time, the follow-up 'Plays On' was released, Jones had quit, so Holt took over bass duties. Along with unusual adaptations of Graham Bond's 'Little Girl,' Ray Bryant's 'Cubano Chant' and the classic ragtime, 'Temptation Rag,' the album drifted between genres, with 'Flight' showing the band at their most jazzy and 'Mum's The Word' a 2001-influenced interlude of Moog-driven space-rock, contrasting the heavy blues of Marshall Paul's 'So Many Roads, So Many Trains.'