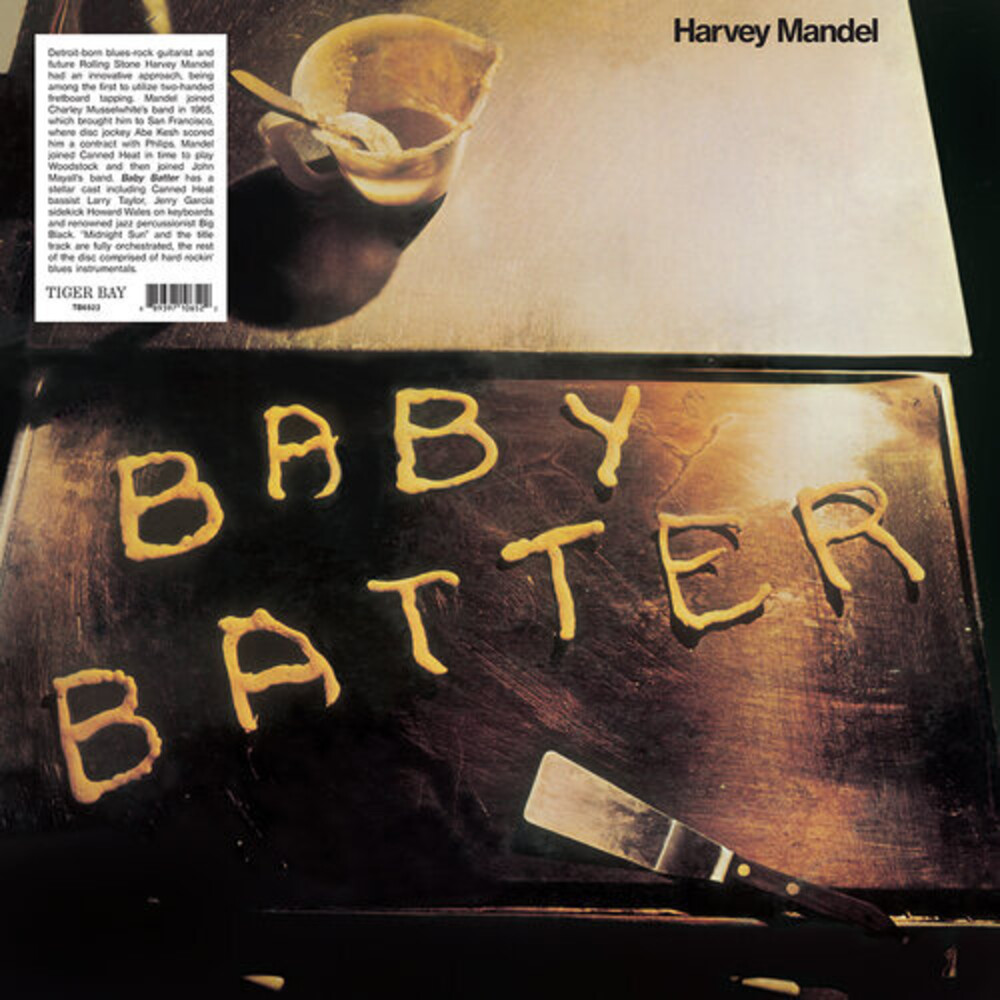 Detroit-born blues-rock guitarist and future Rolling Stones member Harvey Mandel had an innovative approach to the electric guitar, being among the first to utilize an intricate two-handed fretboard tapping technique. Raised in the suburb of Morton Grove, outside Chicago, Mandel joined Charley Musselwhite's band at the age of 20 in 1965, which brought him to the San Francisco Bay Area, where local disc jockey and aspiring record producer Abe Kesh scored him a solo contract with Philips. Playing simultaneously with Graham Bond, he joined Canned Heat in time to play at Woodstock and then joined John Mayall's band. Baby Batter, released on GRT's Janus subsidiary in 1971, has a stellar cast including bassist Larry Taylor from Canned Heat, Jerry Garcia sidekick Howard Wales on keyboards, renowned jazz percussionist Big Black on congas, veteran jazz drummer Colin Bailey and Sandra Crouch on tambourine. 'Midnight Sun' and the title track are fully orchestrated (similar to his Philips debut), the rest of the disc comprising hard-rockin' blues instrumentals.