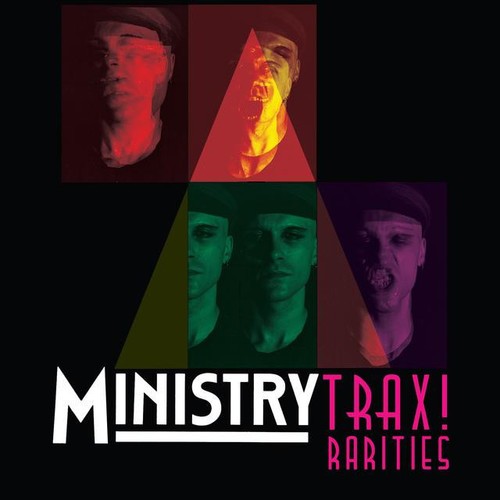 Special limited edition double clear vinyl LP pressing with printed inner sleeve. Trax! Rarities is a collection of early tracks and versions from Al Jourgensen's Ministry and various side projects. Includes the super rare RevCo track "Drums Along The Carbide." Jourgensen is a veteran musician and music producer sometimes credited as Alain Jourgensen, Alien Jourgensen, Uncle Al, Hypo Luxa (his alias as a producer), Dog, Alien Dog Star and Buck Satan. He is a member and/or founder of several industrial rock bands, performing as a singer, guitarist or keyboard player. Though Ministry is his most popular band, he's been involved with many others over the years including Revolting Cocks and 1000 Homo DJs.