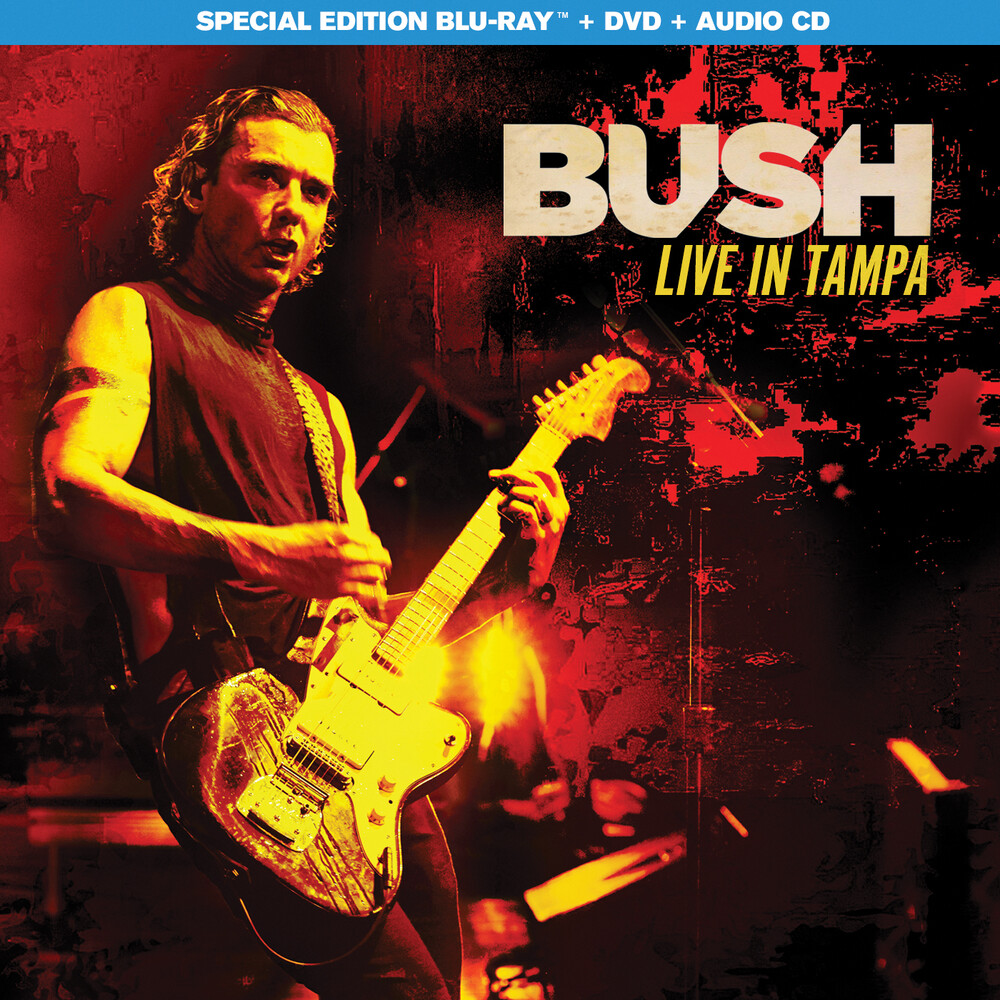 Led by guitarist/vocalist Gavin Rossdale, Alt Rockers Bush were the first post-Nirvana British band to hit it big in America. Of course, they became a hit by playing by the grunge rules - they had loud guitars, guttural vocals, stop-start rhythms, and extreme dynamics. Performing to a sold out crowd of 10,000 die hard fans at the MidFlorida Amphitheater in Tampa, during their critically acclaimed 2019 Altimate Tour, Bush Rocks Tampa like never before! This stellar concert performance features the band's biggest hits including "Machinehead", "Glycerine", "Comedown", "Swallowed", "Everything Zen" and also features their newest hit song, "Bullet Holes" from the new Blockbuster John Wick 3 Movie Soundtrack ! Filmed in 4K UHD utilizing 15 multi cameras to capture the full high energy 90 min performance