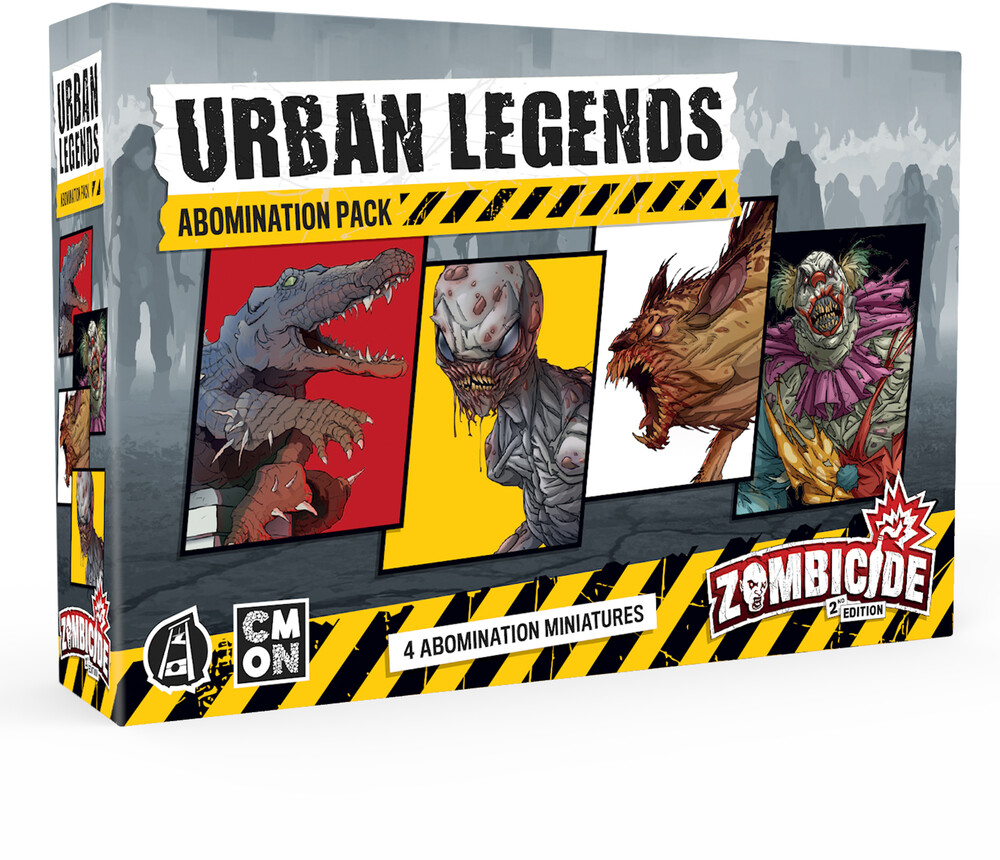 Crashed alien ships. Giant alligators in the sewers. Killer clowns from... wherever. The Chupacabra. Just stories, right? None of it's actually real... right? ...Hey, why is that manhole cover gurgling? Is that a clown with glowing eyes over there?

The Urban Legends Abomination Pack for Zombicide 2nd Edition gives players four new horrors to face during the zombie outbreak. It contains highly-detailed figures for these new Abominations, including a killer clown, an Area 51 alien, a giant gator, and the Chupacabra. Each one comes with its own card and special rules that make them extra-formidable foes on the field. Add them to any game to up the danger level.

New Horrors to Face: As if regular Abominations weren't scary enough, this pack introduces four new, unique monsters for the Survivors to fight against. They can be added to any scenario to make it just a little bit tougher.

Highly-Detailed Figures: Each of the Abominations is represented on the table by a highly-detailed miniature figure.

Dangerous in New Ways: The four Abominations come with their own card, complete with special rules that will challenge the Survivors to get creative in how these enemies are defeated.