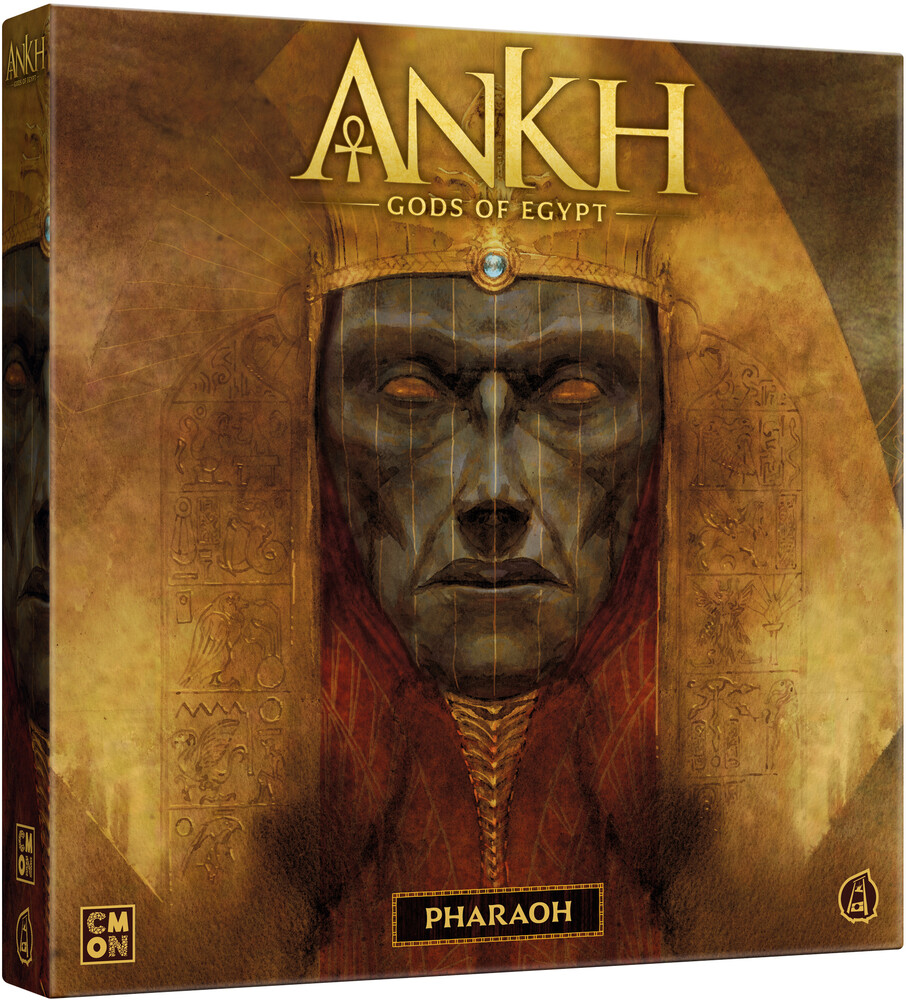 The Pharaohs in ancient Egypt were anointed by the gods, themselves, to be the ruler of the people as well as the high priest and humanity's defender.

When the gods began their war against one-another, they all sought the Pharaoh's favor.

But the Pharaoh was determined to remain neutral and make sure that the conflict didn't spill over into the moral realm.

However, each god is still trying to curry his favor by influencing events in the royal palace.

The Pharaoh expansion for Ankh brings an entirely new dimension to the game.

The gods will send their high priests into the courts of the royal palace, looking to gain favor with the Pharaoh so that he will recognize them as the one true god of the land.

These god's influence will be felt far and wide, changing the course of the civilization, hopefully for the better if they wish to be the one that remains when Egypt becomes monotheistic.

Highly Detailed Figures - The figures in the Pharaoh expansion are made from highly detailed, colored plastic, with the Pharaoh himself in resplendent gold

A New Front in the Battle for Egypt's Faith - The Palace Dashboard is where players try and influence the Pharaoh by placing their priest figures, altering the course of affairs in the kingdom.

Ready to Play - With the priest figures, palace dashboard, Pharaoh figure, and scenario book, this set is ready to be added to any game of Ankh right out of the box.