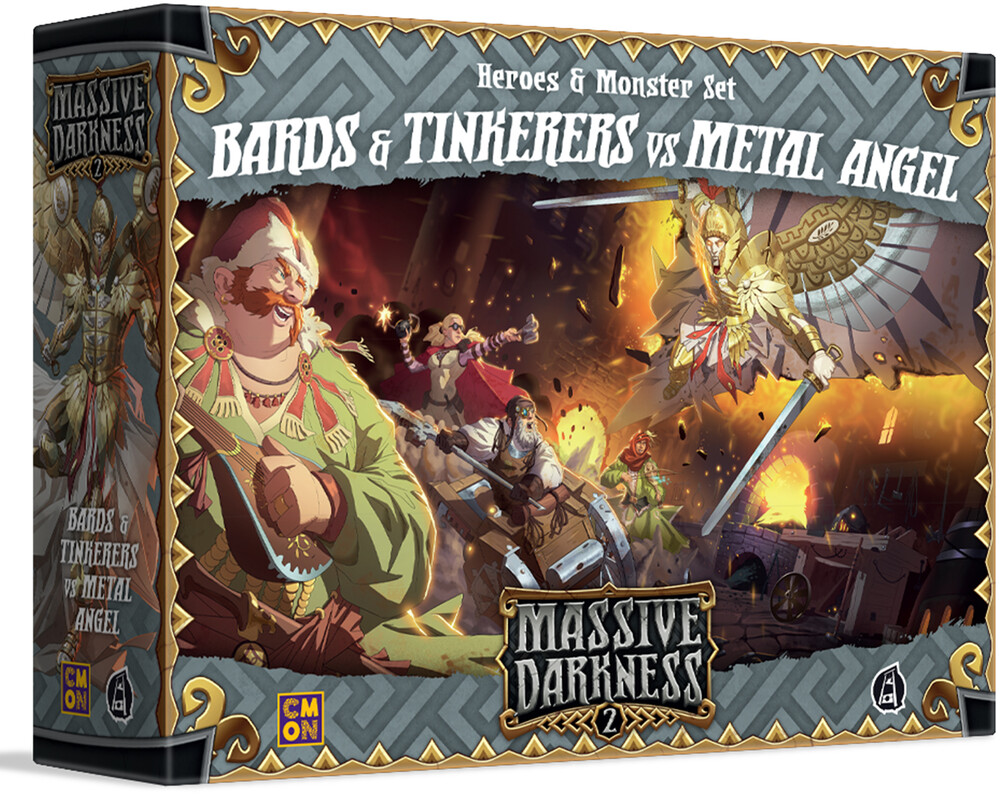 Craft the way to victory, inspired by powerful chords! A Bard's music and chants can sow dread and despair among the most fearsome enemies and inspire allies to acts of mighty heroism in the midst of combat. A Tinkerer's ingenuity knows no bounds, allowing them to assemble weapons and gadgets for every occasion, often in the midst of battle.

This box introduces two new Classes: The Bard and the Tinkerer, as well as 4 new Heroes to Massive Darkness 2: Hellscape. Each Class features its own components and special rules, offering a unique play experience.

This box also comes with a new Roaming Monster, the narcissistic Metal Angel, one of the most threatening beings in all of the Infernal Realm!