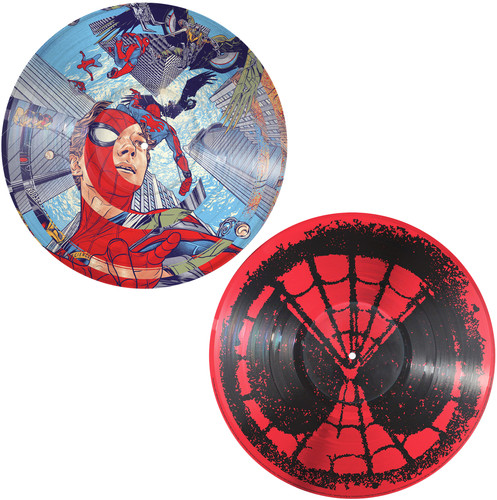 Limited picture disc vinyl LP pressing. Original soundtrack to the 2017 motion picture composed by Grammy and Academy Award-winning composer Michael Giacchino. Thrilled by his experience with the Avengers, Peter returns home, where he lives with his Aunt May, under the watchful eye of his new mentor Tony Stark. Peter tries to fall back into his normal daily routine - distracted by thoughts of proving himself to be more than just your friendly neighborhood Spider-Man - but when the Vulture emerges as a new villain, everything that Peter holds most important will be threatened. Composer Giacchino has also scored major motion pictures such as Mission Impossible III, Cloverfield, Star Trek (2009), Inside Out, Tomorrowland, Doctor Strange, Star Trek Beyond and Rogue One: A Star Wars Story.