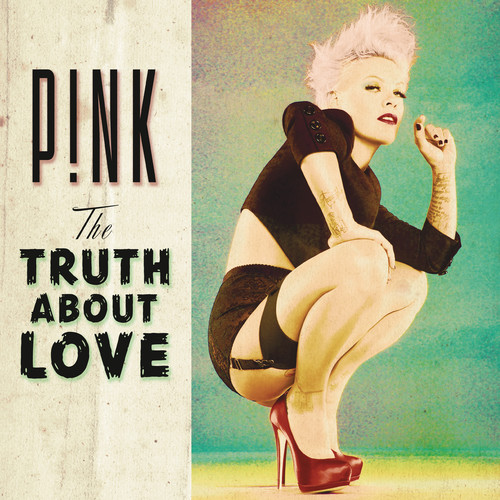 Released on September 18, 2012 on RCA Records, P!NK's sixth studio album, The Truth About Love features guest artists Eminem, Lily Allen, and Nate Ruess (from Fun) and debuted at #1 on the Billboard 200, landing P!NK in the US top slot for the first time. The album also debuted at #1 in Australia (where it became the year's top-selling album), Austria, Canada, Germany, New Zealand, Sweden, and Switzerland. The Truth About Love was 2012's the seventh best-selling in the world. The first single from the album, the RIAA certified platinum "Blow Me (One Last Kiss)" held down the #5 spot for three weeks on the Billboard Hot 100 and charted Top 10 (or better) in several other countries. The second single, "Try" echoed that success while "Just Give Me a Reason," the album's third single, became the artist's fourth-ever #1 on the Hot 100, making The Truth About Love the first P!NK album since 2001, to generate more than Hot 100 Top 10s.