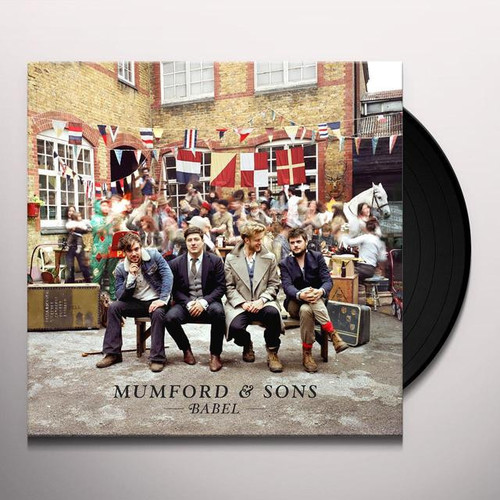 Vinyl LP pressing. 2012 release, the sophomore album from the British Indie/Folk band. As with their 2009 debut, Sigh No More, Babel was produced by producer Markus Dravs. "We are more than excited to release Babel into the world. We had started writing new songs well before we got into the studio to record. At first, we peeled ourselves off the road quite reluctantly. We love playing live, obviously, but it had also become an important part of our creative process, we had been writing and rehearsing in soundchecks, and sort of 'road-testing' new songs on our very gracious audiences. But then we fell in love with recording again. The album started to come together, and with the help of Markus Dravs once more (and engineer Robin Baynton), we started to relish the challenge of making this album. As a band, we've never been closer or more collaborative, all working to our strengths. And so we feel that this record is a natural progression that we're proud of, and we cannot wait to take it out on the road."