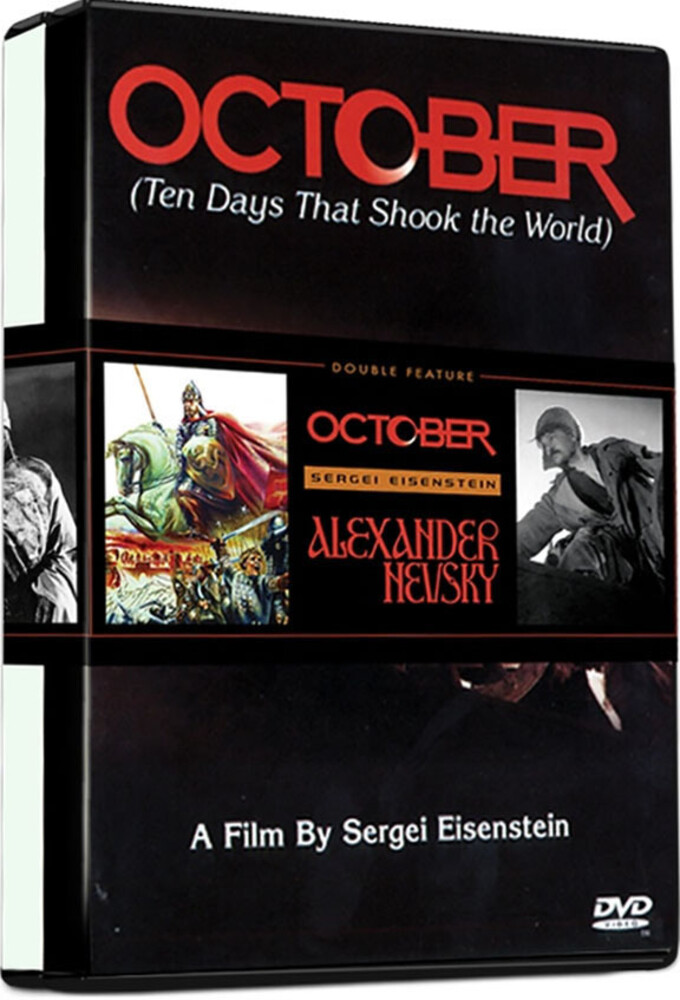 Officially produced to commemorate the 10-year anniversary of the Russian Revolution, October quickly became another of Sergei Eisenstein's experiments in film form. As in his masterpiece, Battleship Potemkin, Eisenstein used explosive montage to create the spirit of revolution - in this case, the events in St. Petersburg during the months leading up to the Bolshevik revolt. Eisenstein's insistence on speaking the language of pure film (deploying space, shadow, movement, and rhythm to create his meaning) shoves his mad rush of images straight into the viewer's eye. A worker's rebellion in the streets, followed by the raising of bridges to isolate their neighborhood, becomes a visual symphony of panic. The film has also been known as Ten Days That Shook the World, it's release title in the U.S. (borrowed from the book by John Reed). It's value as propaganda can be debated, but October is incredibly dynamic as film art.