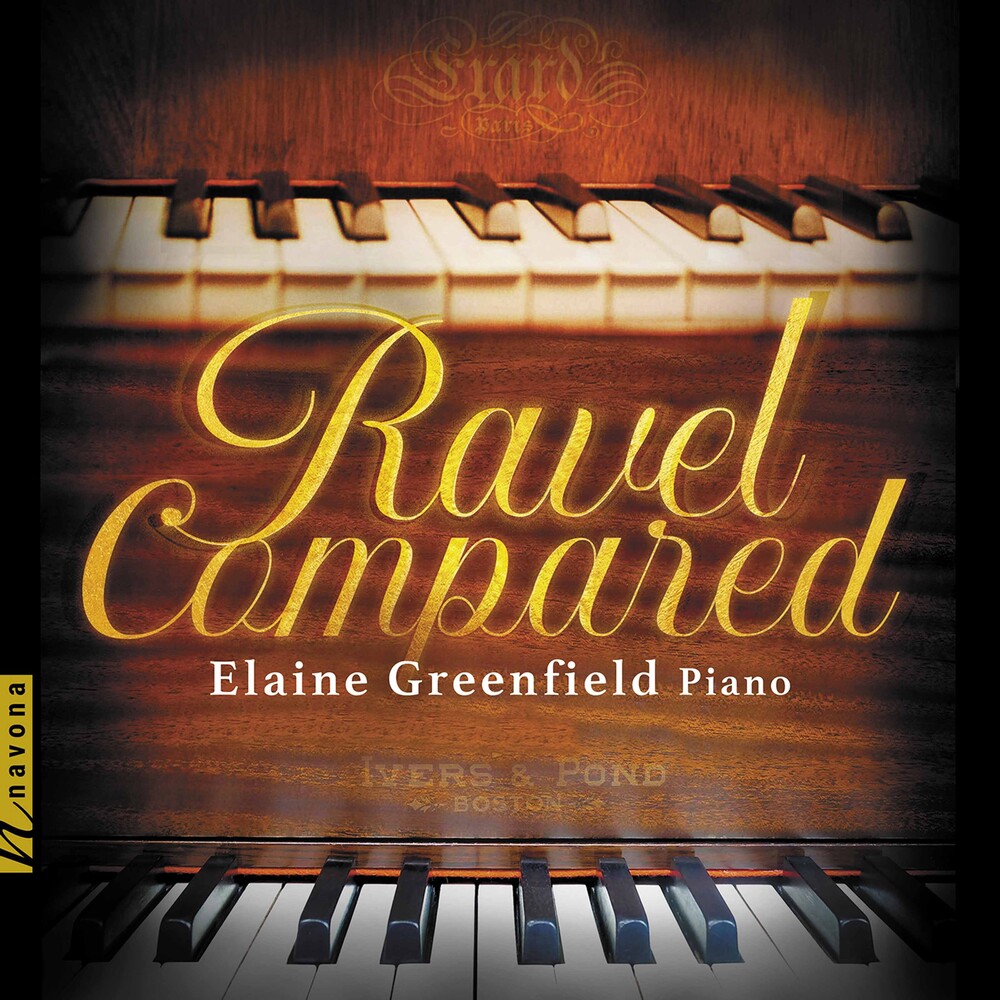 Acclaimed pianist Elaine Greenfield dazzles with originality, virtuosity and exuberant tone richness on her album Ravel Compared on Navona Records. The French composer's works are brilliantly analyzed and brought to novel clarity with Greenfield's ingenious idea of recording the same repertoire twice, on two very different pianos - and juxtaposing them on this double album. The first disc presents Ravel's music on an 1893 Erard from Paris, the same make and model as the composer's personal piano, from which Greenfield coaxes a mellow, full-bodied tone with an almost liquid quality. This rendition is contrasted with a second on an American Ivers & Pond parlor concert grand from 1917, brightly highlighting Ravel's idiosyncratic harmonies with modern, almost contemporary exactitude. Put together, Ravel Compared palpably illustrates the depth of both Greenfield's skill as a performer as well as Ravel's aptitude as a composer - as lively and vivid as perhaps never before.