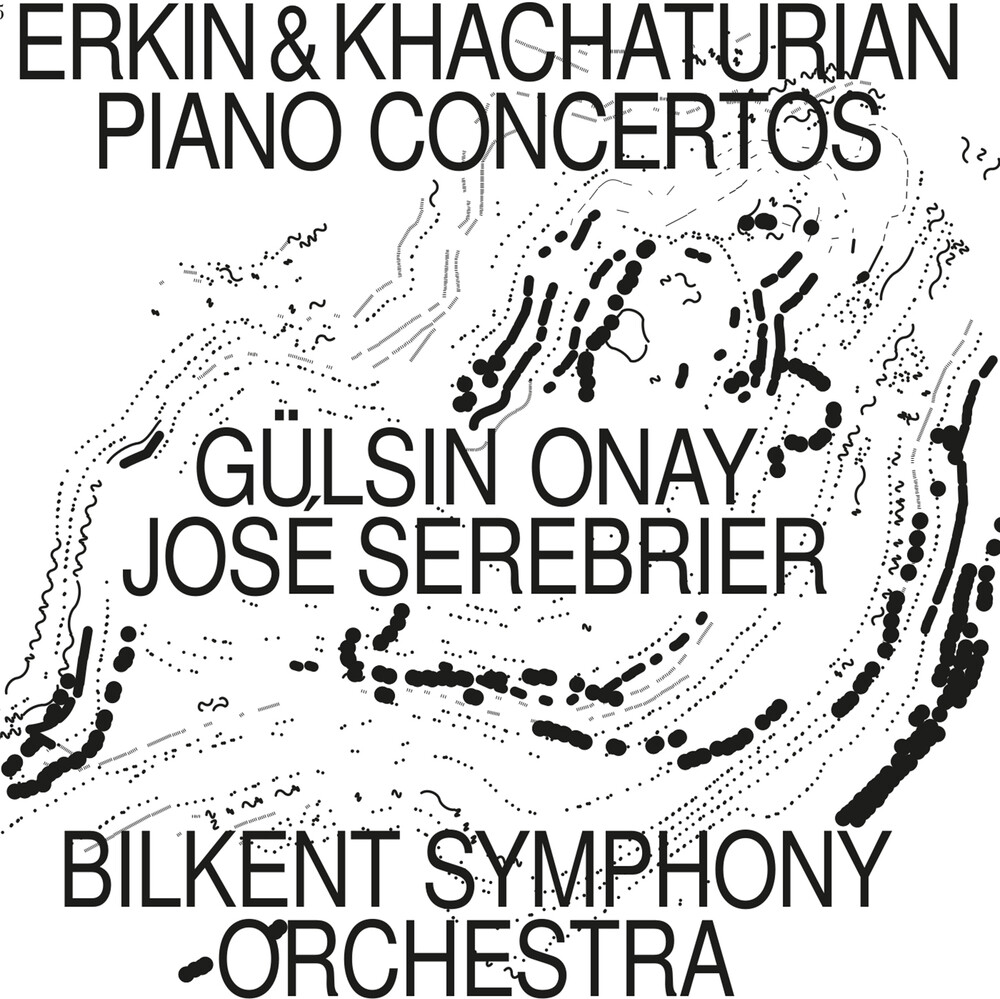 The piano concertos by Aram Khachaturian and Ulvi Cemal Erkin are exemplary works for the affinity and contrariness of the art music of Armenia and Turkey built on the ground of native musical traditions. Both are pianistically demanding, effective and - in their drama and atmosphere - immediately comprehensible and riveting compositions. Khachaturian's piano concerto quickly won it's place in the world from the Soviet Union thanks to Van Cliburn's performances and is currently one of the most popular concertos in Asian countries. Erkin's concerto, with it's much tighter dimensions, is hardly known outside Turkey until now and is released here as a first commercially available recording. The pianist Gülsin Onay is one of the most important Turkish classical musicians. She has already recorded the two piano concertos by Ahmed Adnan Saygun, together with Erkin Turkey's most outstanding composer, and performs internationally as a soloist. José Serebrier, an US-American of Uruguyan descent, studied with Stokowski, Szell, Dorati and Monteux. He is one of the great legends among conductors of the older generation, one of the most documented maestri on vinyl and CD, and also a remarkable phenomenon as a composer. As a musician, he is considered the spiritual successor of his former mentor Leopold Stokowski.