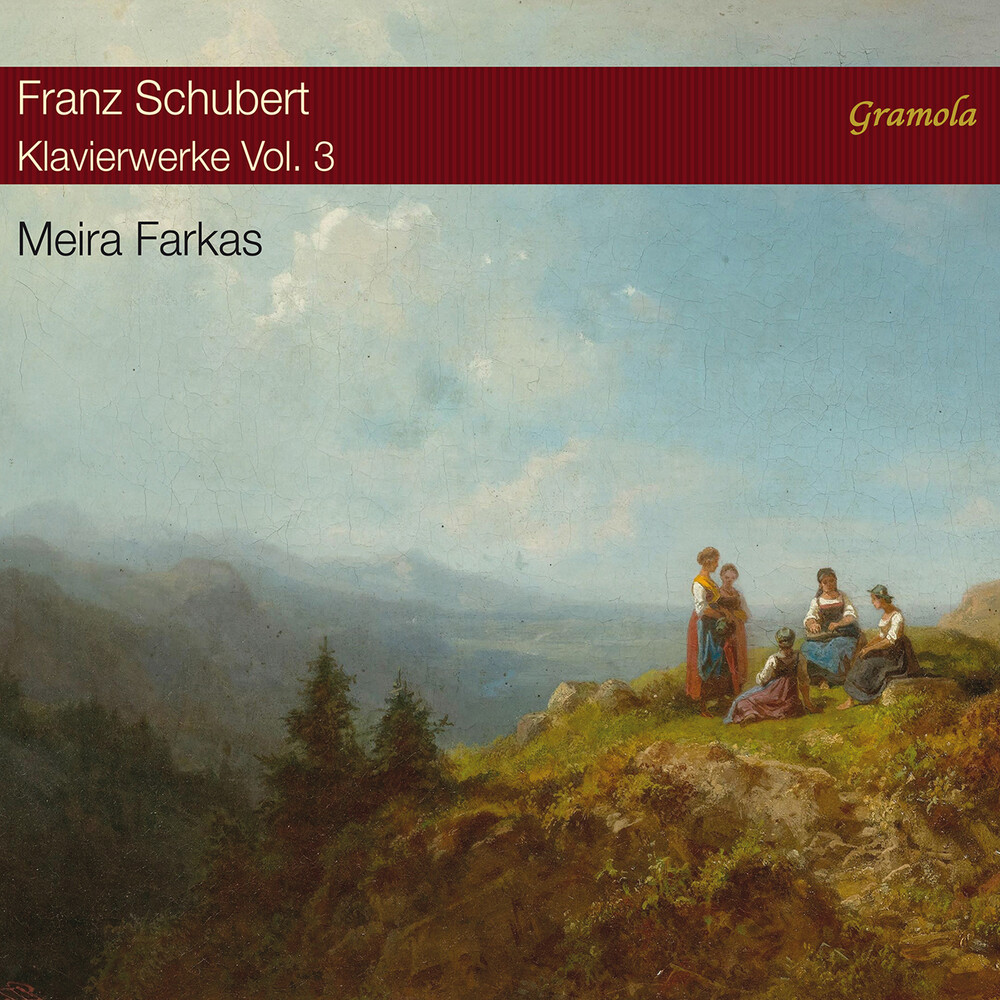 Schubert dreams of distant, poetic moods believed to have been lost. His approach is shaped mostly by a melancholy that permeates a diffuse space of the greatest sensitivity. The recording presented here on the one hand shows us recognized facets of the composer, while also surprising us with creations by this master that are far less well-known and, finally, we also hear transcriptions that audibly and visibly demonstrate his enormous seductive strength. Meira Farkas was born in Arad (Romania). When she was 15, she moved with her family to Israel. Her exceptional talent was recognized at an early age. The artist studied initially at the Academy of Music in Tel Aviv with Ilona Vincze-Kraus (piano) and with Ödön Pártos (chamber music). Meira Farkas was tied by bonds of music and personal friendship to many of the major artists of the 20th century. This great pianist appeared on stage with Itzhak Perlman, Rudolf Serkin and Pinchas Zukerman. Pablo Casals, who was much impressed by her deep understanding of music and her interpretations, gave the young pianist advice and support. She has influenced many younger pianists and through her work as a teacher has supported talented musicians of the younger generation.