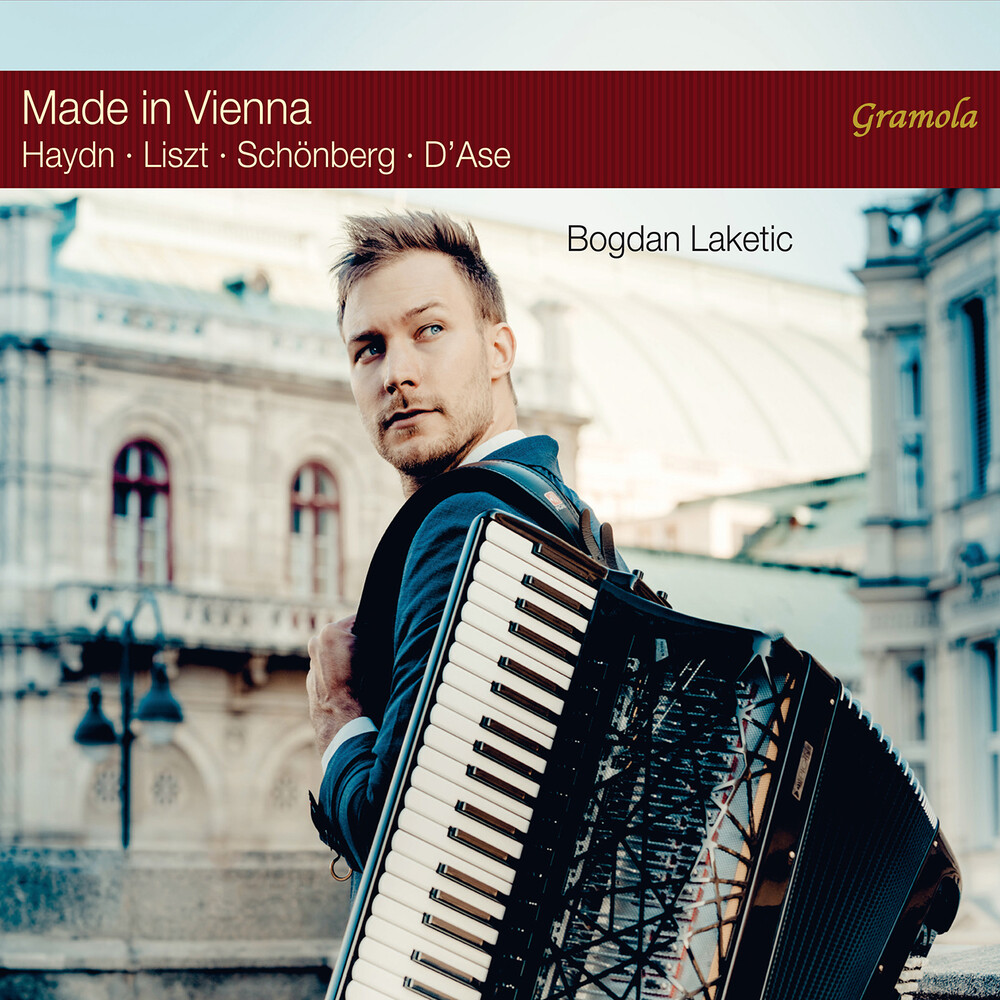 The accordion has long had a reputation as an instrument for folk music and of street musicians. It's technical and cultural evolution can be neatly traced from it's very invention in 1829 by Cyrill Demian in his apartment on Vienna's Mariahilfer Straße, No. 43, to this day. The accordionist Bogdan Laketic, who lives in Vienna, dedicates his debut album "Made in Vienna" to this, "his" city, choosing works by composers who are also directly connected with Vienna. Thus, the Sonatas for Piano in A flat major, Hob. XVI:46 and in E minor, Hob. XVI:34 by Joseph Haydn, the Six little Piano Pieces Op. 19 by Arnold Schönberg and the Soirées de Vienne, S 427 No. 6 by Franz Liszt are interpreted in his own arrangements. Also based in Vienna is the Belgian composer Dirk D'Ase, who in 2011 composed Figuren/Induktionen, in which the diversity of the accordion's sound once again comes into play.