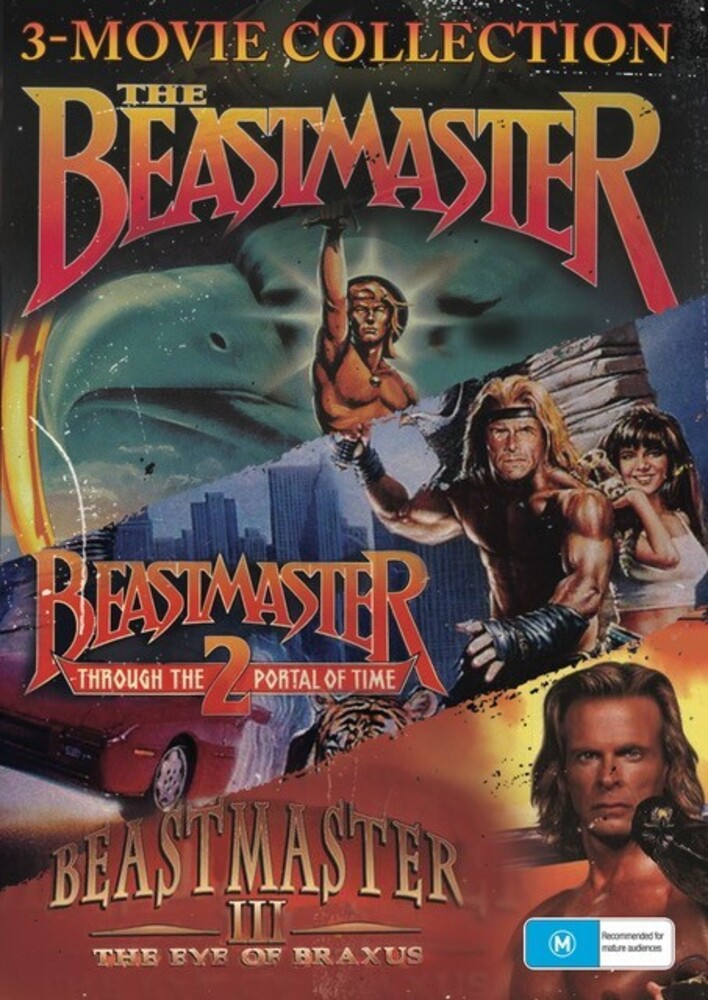 Definitive collection featuring all 3 films from the Beastmaster franchise in one set! The Beastmaster: Follow the incredible journey of Dar (Marc Singer), a mighty warrior with the gift of communicating with animals, in this exciting sword-and-sorcery adventure. Joined by his beastly companions - an eagle, a black tiger, and ferrets Kodo and Podo - Dar encounters bat men, evil witches, and other menaces as he sets out for revenge against the sinister high priest who had his entire village slaughtered. Co-starring Rip Torn, John Amos & Tanya Roberts. Beastmaster 2 - Through The Portal Of Time: The awesome barbarian warrior is once again up against an invincible villain who threatens to blow up Los Angeles. The Beastmaster travels through a time portal to modern-day Los Angeles and teams up with a vivacious valley babe to save the day. Co-starring Kari Wuhrer & Wings Hauser. Beastmaster III - The Eye Of Braxus: The Beastmaster must stop the evil Lord Agon from claiming a magical gem that will bring to life the deadly god Braxus who will dominate the entire world. Co-starring Tony Todd, Casper Van Dien, David Warner & Leslie-Anne Down.