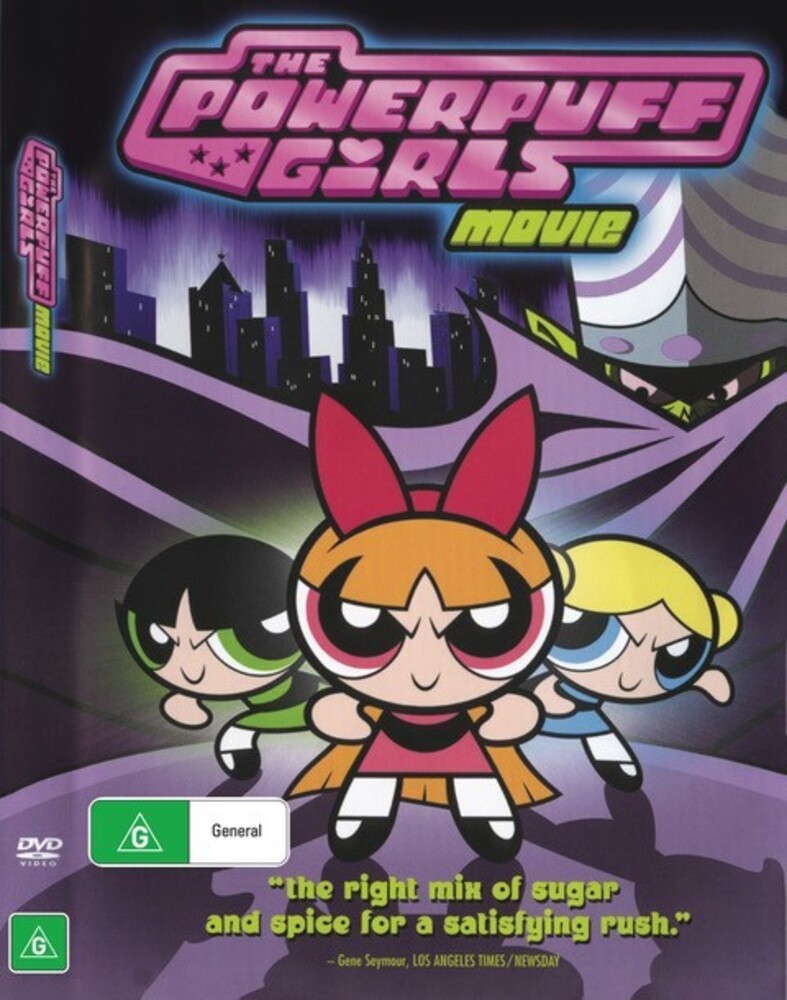 If the POWERPUFF GIRLS television show packs a punch, then their first movie delivers a serious wallop. POWERPUFF GIRLS creator Craig McCracken takes his widely popular characters-Blossom, Bubbles, Buttercup, and their posse-and kicks it up a few notches with a stylish look that's easy on the eyes and engaging to all audiences. The film begins with a flashback to the POWERPUFF GIRLS' early days, when they were but a glimmer in the eye of their father-creator Professor Plutonium. The three girls-who are cute to the point of distraction-are not the pride of Townsville like they are on TV. They are persecuted as "freaks" because they cannot control their special powers. Who could have predicted that a nuclear-powered game of tag would wreak havoc on Townsville? It's clear that the girls must redeem themselves, so they turn to the evil Mojo Jojo, unaware that he's the evil ape they will come to know and hate later. The animation's retro 1950s lounge-style background art, it's impossibly vibrant and often-changing colors, and it's eerie 3-D effects create a pleasingly cinematic feel. The result is a deeper, resonating picture. The filmmakers did not abandon the nadve style that gave the original POWERPUFF GIRLS television show it's trademark charm, making the movie all the better.