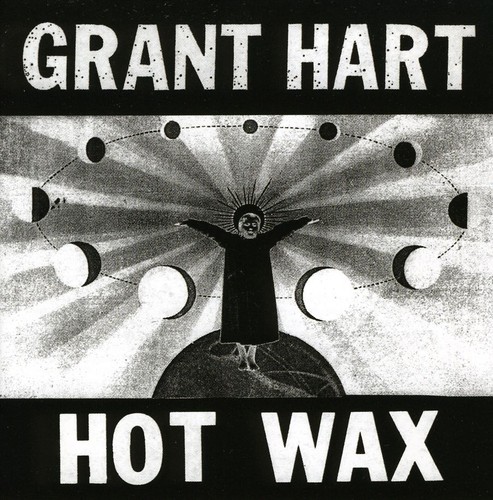 DISC: 1
1. You're the Reflection of the Moon on the Water
2. Barbara
3. Charles Hollis Jones
4. School Buses Are for Children
5. Khalid (Bonus Track)
6. Narcissus, Narcissus
7. California Zephyr
8. Sailor Jack
9. I Knew All About You Since Then 1
10. My Regrets

Grant Hart is an icon of American independent music. One third of the legendary trio Husker Du, and one half of it's extraordinary songwriting duo, the band crawled out of the US punk undeground at the dawn of the 1980s and quickly proved themselves, with a succession of classic LPs on the SST label, as one of America's most exceptional and influential bands. Hart was also responsible for some of Husker Du's most fondly remembered songs, including the anthemic "Don't Want to Know If You Are Lonely". After the last two albums on Warner, the group acrimoniously split and Hart began a more eclectic career, splitting time between solo albums, his group Nova Mob, poetry readings with friends William S. Burroughs and Patti Smith, and visual art. And that brings US to 2009 and his excellent new solo album, Hot Wax. Recorded in Montreal and Minneapolis, and featuring guests including members of Godspeed You! Black Emperor & a Silver Mt. Zion and produced by Howard Bilerman (Arcade Fire), Hot Wax ably demonstrates Hart's incredible songwriting talent. He has created an organic rock album using classic tools to make modern art: Psychedelic soundscapes loaded with strong melodies, vintage instrumentation, 60s pop/bubblegum harmonies and a style that he admittedly owes in parts to his devotion for friend Patti Smith. In short: this is no mere pedestrian effort from a 'legend paying the rent'; it's a fresh, invigorating album in it's own right. Any fan of Husker Du or Hart's solo albums (particularly 1989's Intolerance) will be won over by Hot Wax, and what's more, it will win him new fans. The Australian edition features a fantastic bonus track, 'Khalid' - recorded only last month and chosen by Hart to slot into the running order of our edition at track 5.