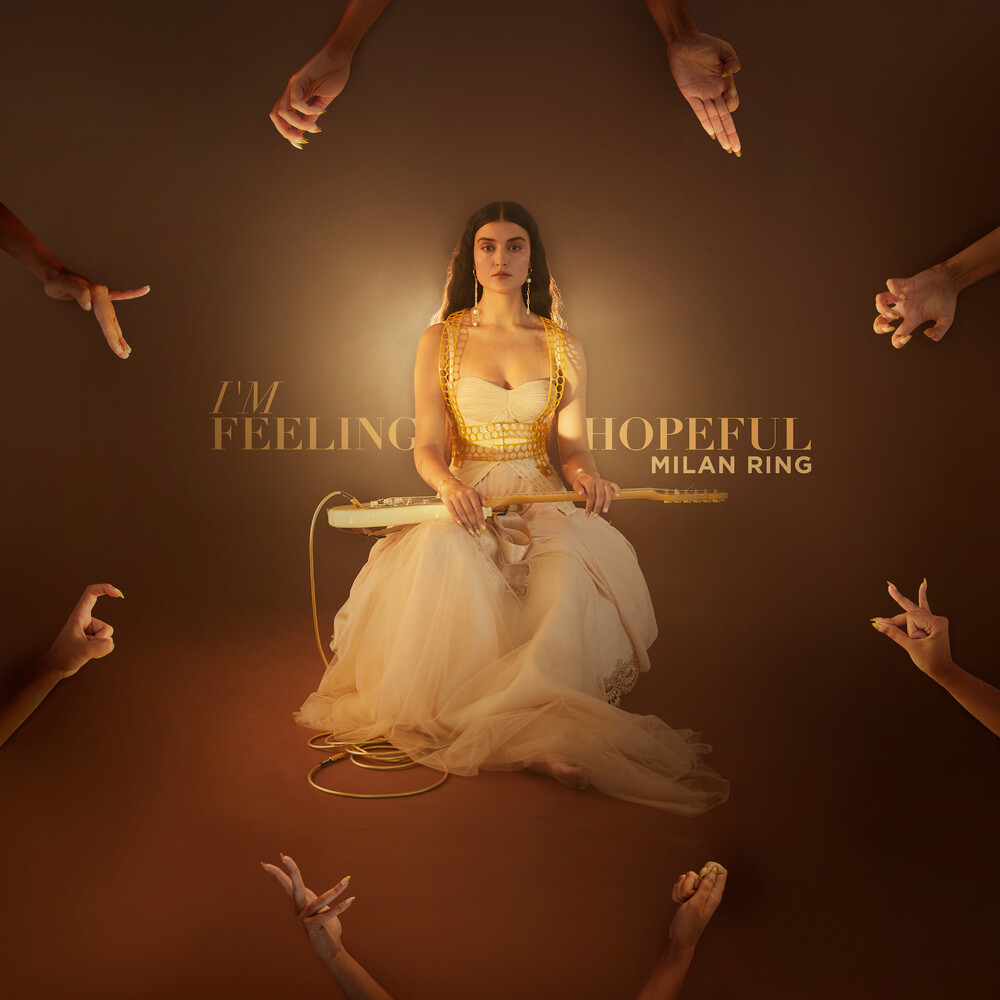 An accomplished musician, producer and engineer, Milan Ring is a figurehead in Australia's recent R&B renaissance, having collaborated with the likes of SZA, DRAM, Chance The Rapper's group The Social Experiment, BJ The Chicago Kid, The Avalanches, Cosmo's Midnight and more. Milan Ring meticulously curates each and every aspect of the creative process, from the first chord struck on the guitar to the final mix, all within the walls of her studio in Western Sydney. In early 2020, Milan reached out to fellow Sydney-based producer Blessed, a trusted friend and the co-producer of 2020 single, "Are Your Friends Alright?", and asked him to send her some beats. Within a week, a new framework for her debut album, I'm Feeling Hopeful was written. Whether it's the promise of an alternate path or a light at the end of the one she's traveling down, hope serves as a motivating force for Milan Ring. Acting as a declarative banner framing every beat, note and lyric. The album makes a case for recovery at the end of addiction, freedom from controlling forces, self-control balancing out the temptation of things that cause harm and above all, hope that these things are possible.