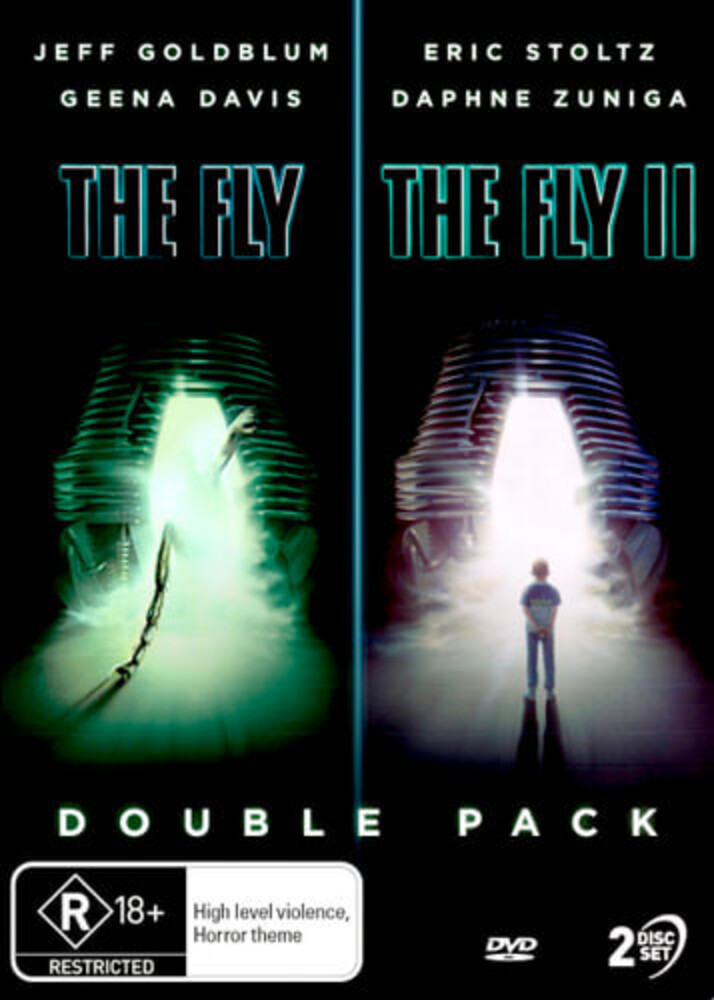 The Fly (1986) When scientist Seth Brundle (Jeff Goldblum) completes his teleportation device, he decides to test it's abilities on himself. Unbeknownst to him, a housefly slips in during the process, leading to a merger of man and insect. Initially, Brundle appears to have undergone a successful teleportation, butthe fly's cells begin to take over his body. As he becomes increasingly fly-like, Brundle's girlfriend (Geena Davis) is horrified as the person she once loved deteriorates into a monster.The Fly II (1989) Anton Bartok (Lee Richardson), the CEO of a research laboratory, acts as the self-appointed guardian of orphan Martin Brundle, whose father had been a researcher at the lab. Though Martin is scarcely five, he has the appearance of a 20-year-old (Eric Stoltz) because of mutant insectoid genes in hissystem. Martin grows up searching for a cure to his mutated genes while being monitored by the nefarious corporation that wishes to continue his father's experiments with only pretty scientist Beth Logan (Daphne Zuniga) to call a friend. Soon, the fly within begins to emerge.