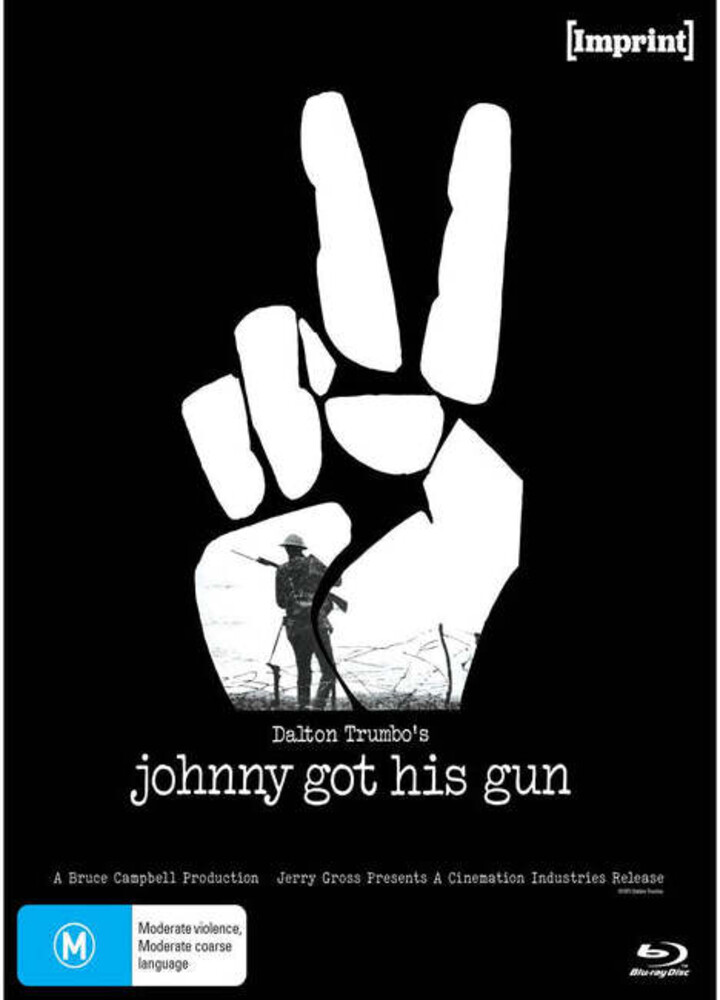 The most shattering experience you'll ever live. War has plunged Army soldier Joe Bonham (Timothy Bottoms) into an unending nightmare. Hit by an artillery shell in World War I, Joe has suffered injuries that have all but erased his humanity: he's lost his sight, speech, hearing and sense of smell. But he still has the ability to think and remember, which, in the end, may be more a curse than a blessing. Trapped in his body, Joe realizes there's only one way out of his misery: death. Can he get a sympathetic nurse to help him? Hollywood screenwriter Dalton Trumbo directed just one film in his career, Johnny Got His Gun. Trumbo's 1971 adaptation of his 1939 novel has long been considered one of the most powerful anti-war movies ever produced. Special Features and Technical Specs: 1080p High definition presentation; NEW Audio Commentary by cinema author & critic Matthew Asprey Gear; "Dalton Trumbo: Rebel In Hollywood" documentary; Interview with actor Timothy Bottoms; Behind-The-Scenes Footage (with commentary by Timothy Bottoms and Director of Photography Jules Brenner); 1940 Radio Adaptation starring James Cagney (audio only); Original Theatrical Trailer; Optional English subtitles; Original Aspect Ratio 66:1; LPCM Dual Mono Audio English; Limited Edition slipcase on the first 2000 copies with unique artwork.