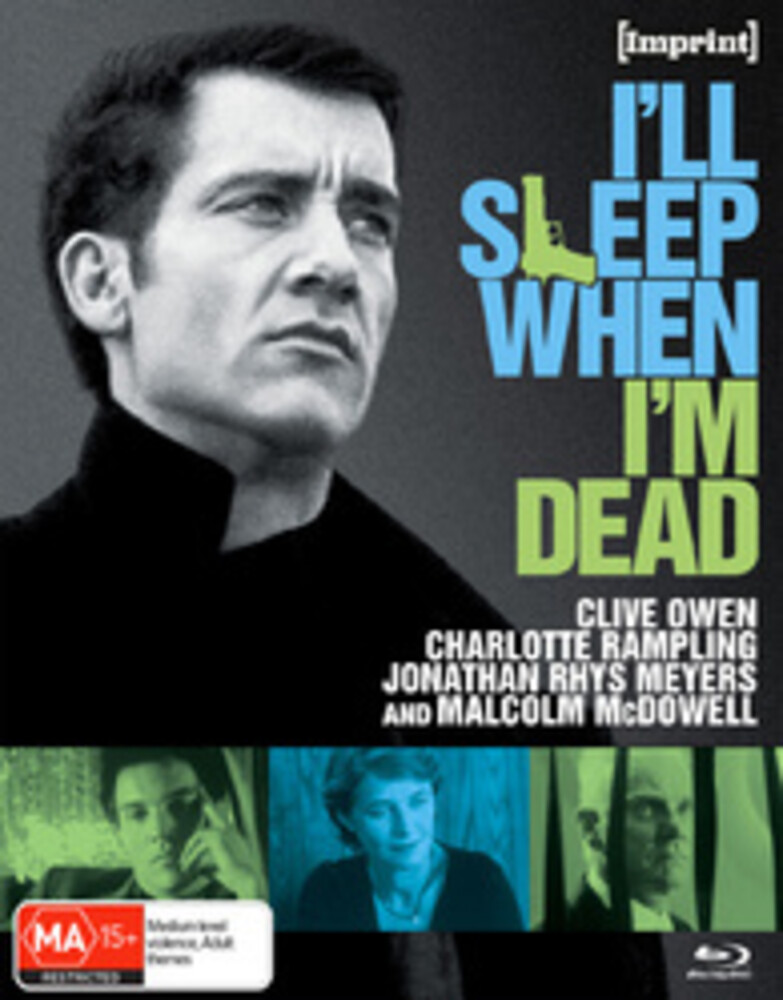 THE HYPNOTIC THRILLER FROM THE DIRECTOR OF CROUPIER AND THE CLASSIC GET CARTERIn I'll Sleep When I'm Dead, Willie (Clive Owen), a former mobster, comes back to town after he learns his younger brother Davey (Rhys Myers) has committed suicide. Upon learning that Davey was brutally raped by mobsters, Willie is determined to seek justice by finding the men who victimized him. While on the search for the mobsters, Willie comes face-to-face with Frank Scott, the local "bad boy" and conflict arises when Frank starts to believe that Willie is back in town to reclaim his status as the town's bad boy.From acclaimed director of Croupier and Get Carter, Mike Hodges.Starring Clive Owen, Charlotte Rampling, Jonathan Rhys-Meyers & Malcolm McDowell.Worldwide first on Blu-ray!Special Features and Technical Specs:1080p High-definition presentation on Blu-rayAudio commentary by director Mike Hodges and writer Trevor PrestonMike Hodges and 'I'll Sleep When I'm Dead' - BBC documentaryTrailerMore special features TBCAspect Ratio 1.78:1Audio English DTS-HD 5.1 Surround + LPCM 2.0Optional English subtitlesLimited Edition slipcase on the first 1500 copies with unique artwork