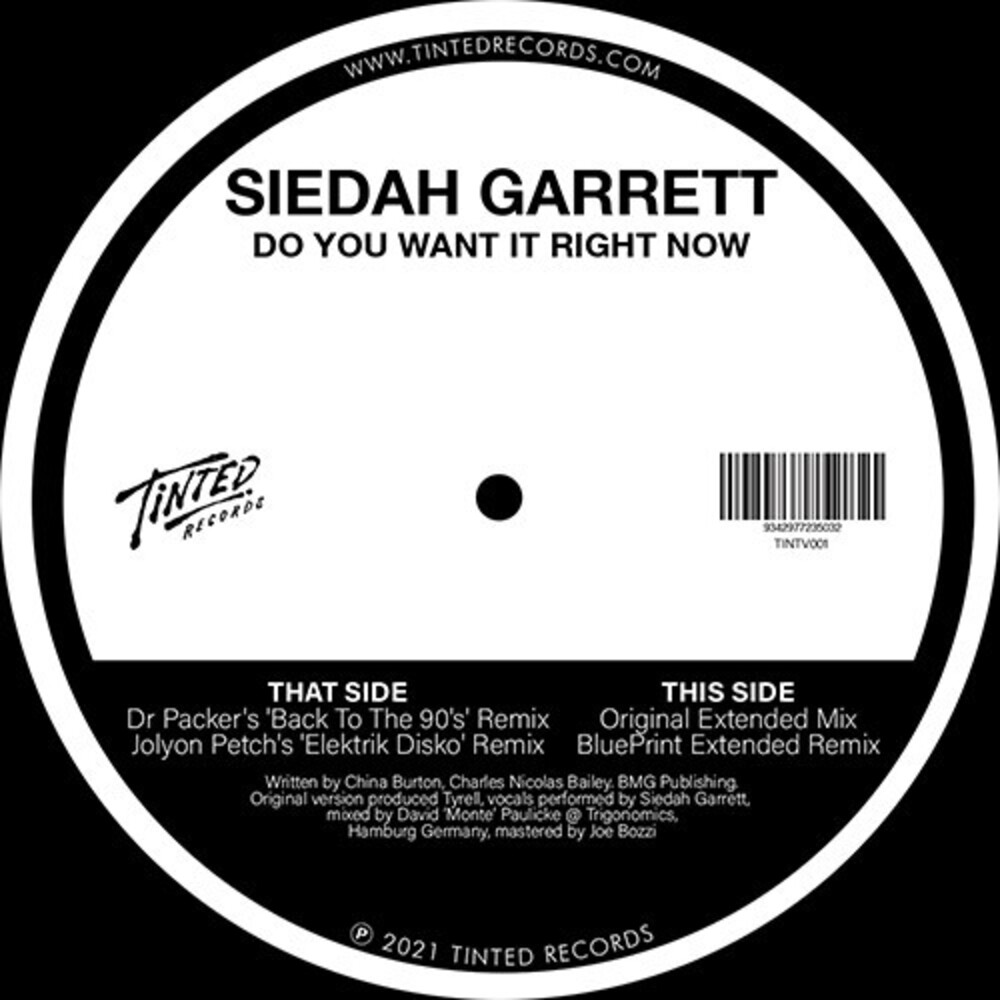 Siedah Garrett's seminal 1985 classic 'Do You Want It Right Now' receives 3 new incredible remixes from Dr Packer, BluePrint and Jolyon Petch.Dr Packer delivers a truly funk-worthy re-work injecting a barrage of the smoothest soul-laced sonics for an early 90s house meets nu disco cut.Jolyon Petch ramps up the funk with infectious guitar licks and groove-laden bass for his 'Elektrik Disko Mix'.Burgeoning British producer and Stress Records artist BluePrint drops a rolling progressive house / melodic techno hedonistic dancefloor cut, re-working the classic with absolute finesse with sleek piano work floating euphorically around the iconic lyrics.Most famous for her song writing credits on Michael Jackson's 'Man in The Mirror', as well as a duet on Jackson's 'I Just Can't Stop Loving You' and 'Don't Look Any Further' with Dennis Edwards, it's no surprise that Siedah Garrett's long career has cemented her as one the most iconic names from the 80's. 'Do You Want It Right Now' which featured in the 1985 movie 'Fast Forward' has been sampled over the years by the likes of Armand Van Helden and covered by Degrees of Motion and this iconic anthem is still considered as one of the game changers during the pivot into the 'Freestyle' movement during the 80's.DJ Support across the mixes from Danny Howard, Mark Knight, Breakbot, Rudimental, Claptone, Jamie Jones, Sam Divine, Oliver Heldens, Riva Starr, Alaia & Gallo, Judge Jules, Mousse T, Joachim Garraud, Kevin McKay, Russell / Freemasons, Paco Osuna, Oliver Dollar.