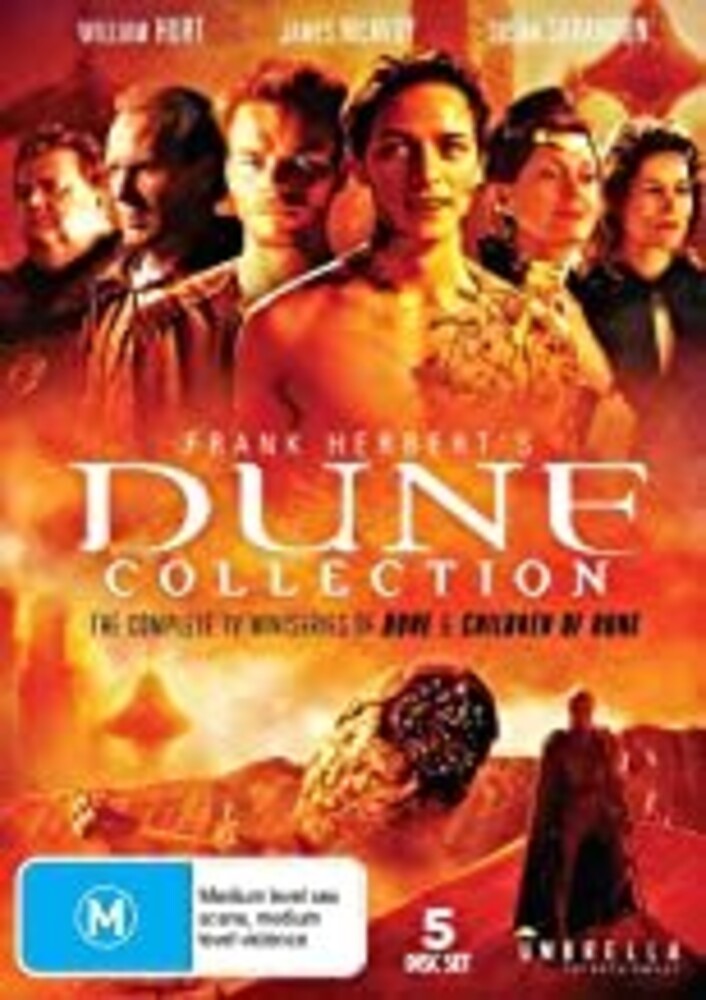 Five-disc set includes: Dune (2000)One of the best-selling science-fiction novels of all time comes to life in this epic, effects-filled mini-series. William Hurt stars as Duke Leto Atreides, whose family is sent into imperial "exile" on the harsh, waterless world known as Dune, and Alec Newman is his son Paul, who survives an attack by a scheming rival clan and fulfills an ancient prophecy that will shake the galaxy. Julie Cox, Giancarlo Giannini, Matt Keeslar, Saskia Reeves also star. Director's cut; 4 2/3 hrs. C/Rtg: NR Children Of Dune (2003)As political upheaval engulfs the planet Arrakis, the twin children of the messianic Paul Muad'dib (Alec Newman) find themselves threatened by a host of treacherous enemies, including the deposed Princess Wensicia (Susan Sarandon). Their only hope lies with a mysterious heritor who can lead the way to salvation. Julie Cox, Ian McNeice, Daniela Amavia and Alice Krige star in this spectacular mini-series event that adapts the second and third books in Frank Herbert's series. 4 1/2 hrs. C/Rtg: NR