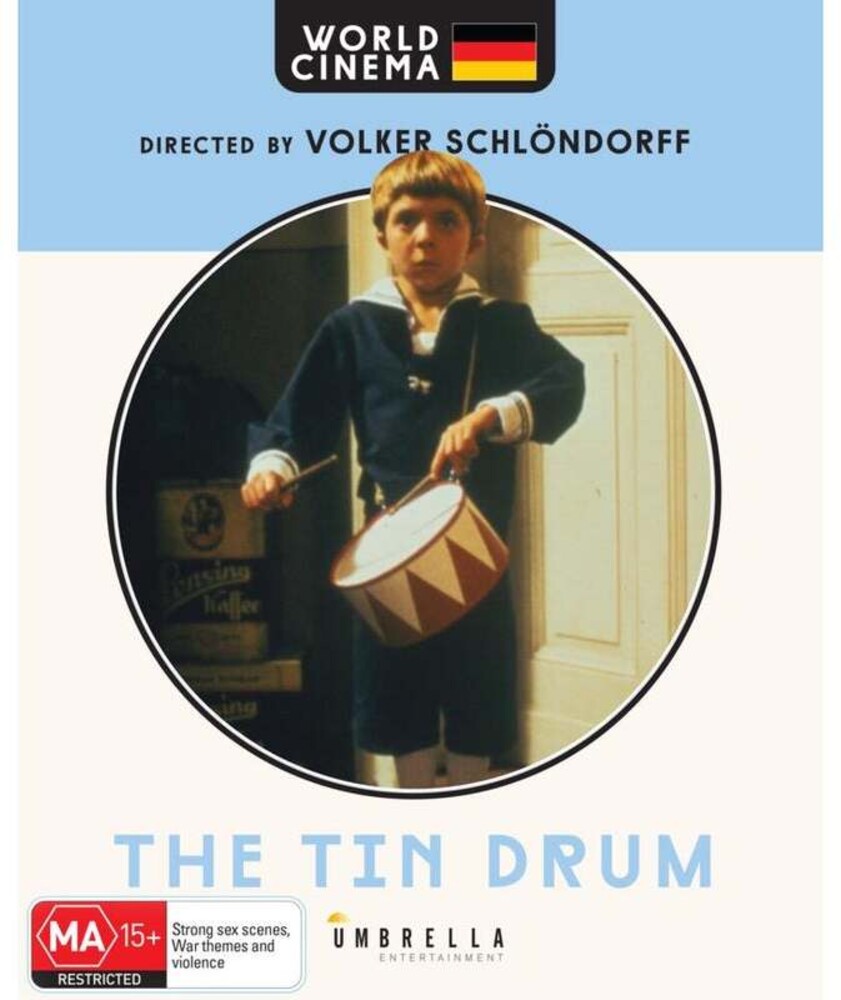 When Oskar Matzerath (the extraordinary David Bennent, just twelve at the time) receives a tin drum for his third birthday, he vows to stop growing there and then - and woe betide anyone who tries to take his beloved drum away from him, as he has a banshee shriek that can shatter glass. As a result, he retains a permanent child's-eye perspective on the rise of Nazism as experienced through petit-bourgeois life in his native Danzig, the 'free city' claimed by both Germany and Poland whose invasion in 1939 helped kick-start World War II.With the help of Luis Bu uel's favourite screenwriter Jean-Claude Carri re, director Volker Schl ndoff turns G nter Grass' magical-realist masterpiece into a carnivalesque frenzy of bizzarre, grotesque yet unnervingly compelling images as Oskar turns his increasingly jaded eye and caustic tongue on the insane follies of the adult world that he refuses to join.Extras:BANNED IN OKLAHOMA (2004) A film by Gary D. Rhodes (52min)A documentary that covers the 1997 Oklahoma confiscation of the film "The Tin Drum" due to a judicial ruling of child pornography, and the six years of legal wranglings that ensuedAn Interview by Volker SchlondorffVolker Schl ndorff on the Director's CutVolker Schl ndorff on the Making of The Tin Drum, Cannes 2001 (French with English subtitles)Theatrical Trailer (English subtitles)