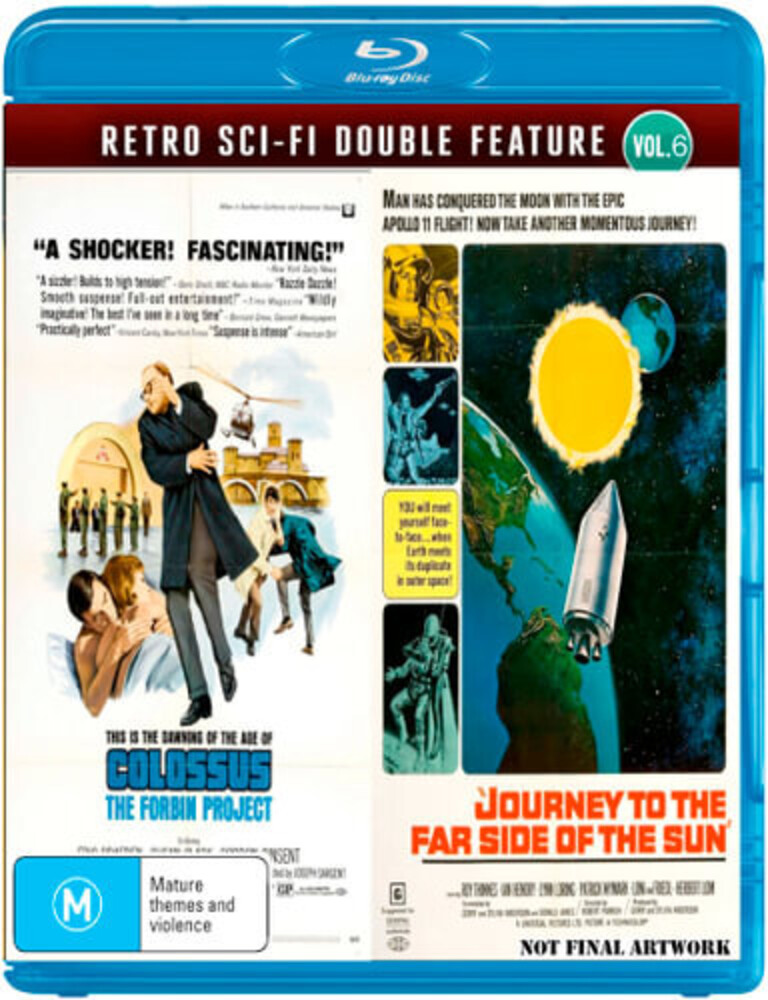 Colossus: The Forbin Project (1970), 100minTucked away in a secret location in the Rockies, Dr. Charles Forbin (Eric Braeden) has developed a massive computer system, dubbed "Colossus," that is supposed to ensure the nation's safety against nuclear attack. But when Colossus connects to a similar Russian computer, "Guardian," the intelligent machines begin conducting a private dialog. Nervous as to what they might be plotting, Forbin severs the connection, only to have Colossus threaten a nuclear attack if the link isn't restored. Director: Joseph Sargent Cast: Eric Braeden, Susan Clark, Gordon Pinsent Journey to the Far Side of the Sun (1969), 101min When scientists a hundred years into the future discover a "duplicate" Earth on the other side of the sun, the stage is set for tense science-fiction adventure and suspense. Determined to find out what this new world is like, a UK-US led expedition headed by two former astronauts (Roy Thinnes, Ian Hendry) to reach the new planet sets forth. All goes according to plan until the space ship makes a crash landing on a planet some three weeks earlier than expected. Director: Robert Parrish Cast: Roy Thinnes, Ian Hendry, Patrick Wymark