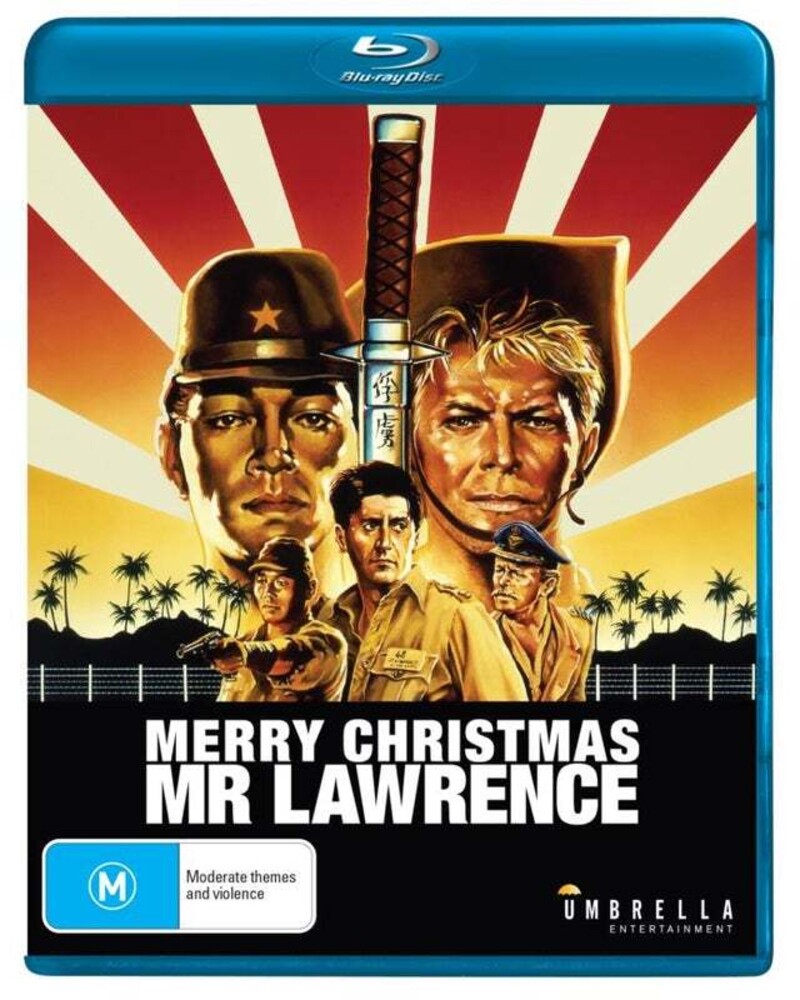 David Bowie stars in Nagisa Oshima's 1983 Palme d'Or-nominated portrait of resilience, pride, friendship and obsession among four very different men confined in the stifling jungle heat of a Japanese prisoner-of-war camp in Java during World War II. This powerful prisoner-of-war drama features a stunning cast - including David Bowie in one of his greatest roles - and is the first English-language film by acclaimed Japanese director Nagisa Oshima (In the Realm of the Senses). Set in Java at a Japanese POW camp in 1942, a war of wills - and unspoken erotic attraction - unfolds between a rebellious prisoner, David Bowie, and camp commandant Ryuichi Sakomoto, who is impressed by Bowie's defiance while bilingual prisoner Tom Conti (Mr. Lawrence) engages in a more adversarial relationship with sadistic sergeant Takeshi Kitano (Hana Bi), who finally offers Lawrence a sinister 'Christmas' present. Fine performances by Conti, Kitano (his first dramatic role), Sakamoto (his acting debut, he also contributed the memorable score) and Bowie, combined with stunning cinematography and brilliant direction by one of Japan's finest filmmakers, make this a memorable and compelling war drama. Extras: The Oshima Gang Featurette (The Making Of Merry Christmas Mr Lawrence) An Interview With producer Jeremy Thomas An Interview With actor/composer Ryuichi Sakamoto An excerpt from "Scenes by the Sea: The Life and Cinema of Beat Takeshi Kitano" Theatrical Trailer