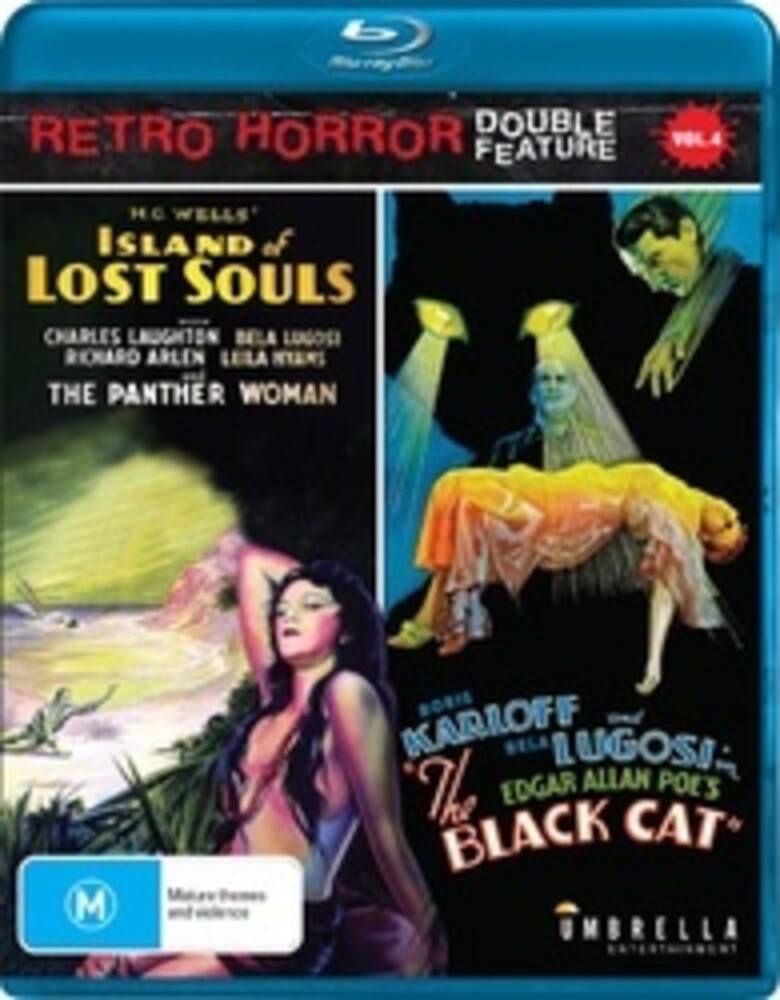 Island of Lost Souls (1932)A mad doctor conducts ghastly genetic experiments on a remote island in the South Seas, much to the fear and disgust of the shipwrecked sailor who finds himself trapped there.The Black Cat (1934)Horror icons Boris Karloff (Frankenstein) and Bela Lugosi (Dracula) star in the shocking classic The Black Cat, based on the works of Edgar Allan Poe.After a bus crash on a lonely Austrian road, American honeymooners, Joan (Jacqueline Wells, The Threat) and Peter Alison (David Manners, The Mummy) are forced to spend the night at the house of Poelzig (Karloff), a sinister looking man who is engaged in an intense feud with Dr. Werdegast (Lugosi), whom the couple met on the Orient Express. Held captive in the mausoleum against their will, they soon discover that Poelzig is the high priest at Black Mass and has chosen Joan to be the Devil's bride. The couple is then faced with trying to escape the unspeakable treachery culminating in an unforgettable climax to this horror classic.