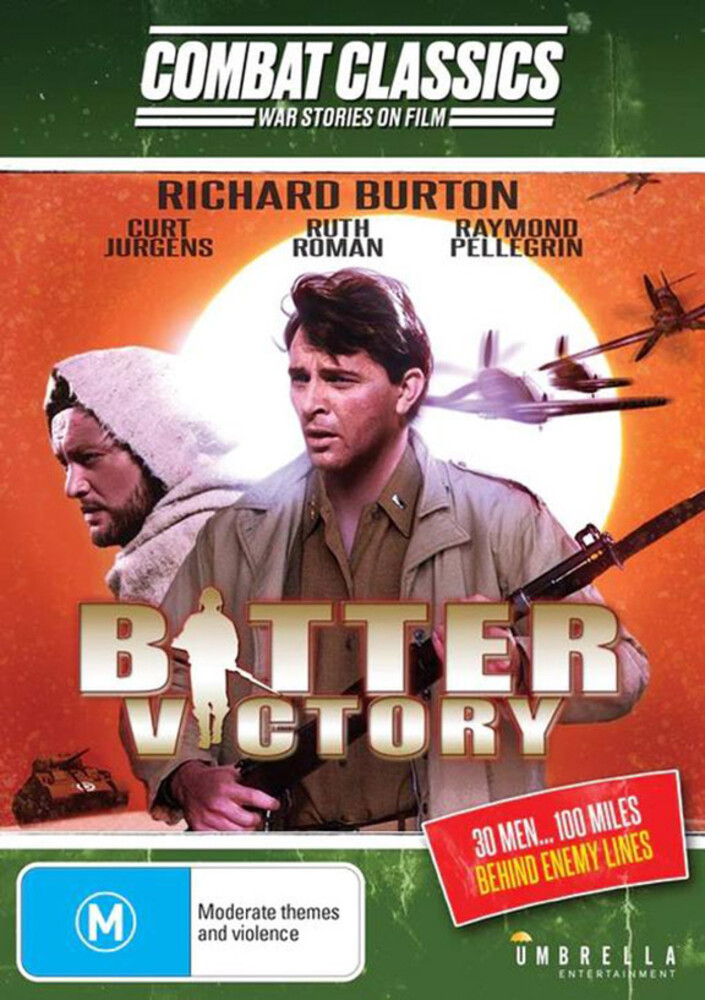 A World War II drama starring Richard Burton (Academy Award Nominee for Best Actor, Equus, 1977, and Who's Afraid of Virginia Wolf?, 1966) and Curt Jurgens (The Spy Who Loved Me) as Captain Leith and Major Brand, a pair of British Army officers assigned to execute a daring commando raid on the Libyan stronghold of General Rommel. Even before the mission begins, the tension between the two is evident. This is further exacerbated when Brand learns that Leith and his wife (Ruth Roman, TV's 'Knotts Landing'), were once romantically involved. Once the operation is underway, Leith must save the day when Brand's cowardice is revealed, thus putting the mission and the lives of the men in jeopardy. As they struggle through the wastes of the Sahara we learn who will live, who will die and what is the price of glory.