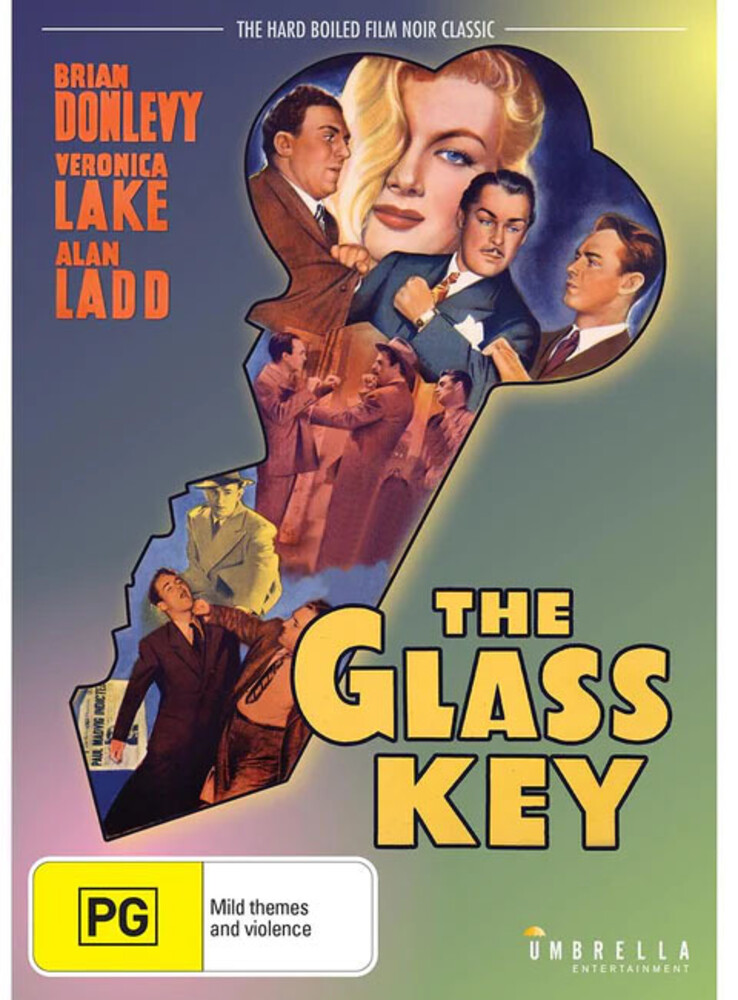 Mystery, double-crosses and political intrigue abound in this classic thriller from the master of hard-boiled film noir storytelling Dashiell Hammett (The Maltese Falcon).When shady political boss, Paul Madvig (Brian Donlevy), falls for reform politician Ralph Henry's attractive daughter Janet (Veronica Lake) despite the caution of his best friend, Ed Beaumont (Alan Ladd), Paul decides to change his ways to get Ralph elected. However, when Janet's ne'er-do-well brother turns up dead, Madvig's crooked past returns to haunt him as he emerges as the likely suspect. Of his many enemies, who would conspire to frame him? And can he, with Ed's help, prove his innocence before he goes down for murder?Starring icons of the film noir genre, Veronica Lake and Alan Ladd (The Blue Dahlia, Saigon) in one of their earliest collaborations, THE GLASS KEY is classic story of intrigue, passion and murder.