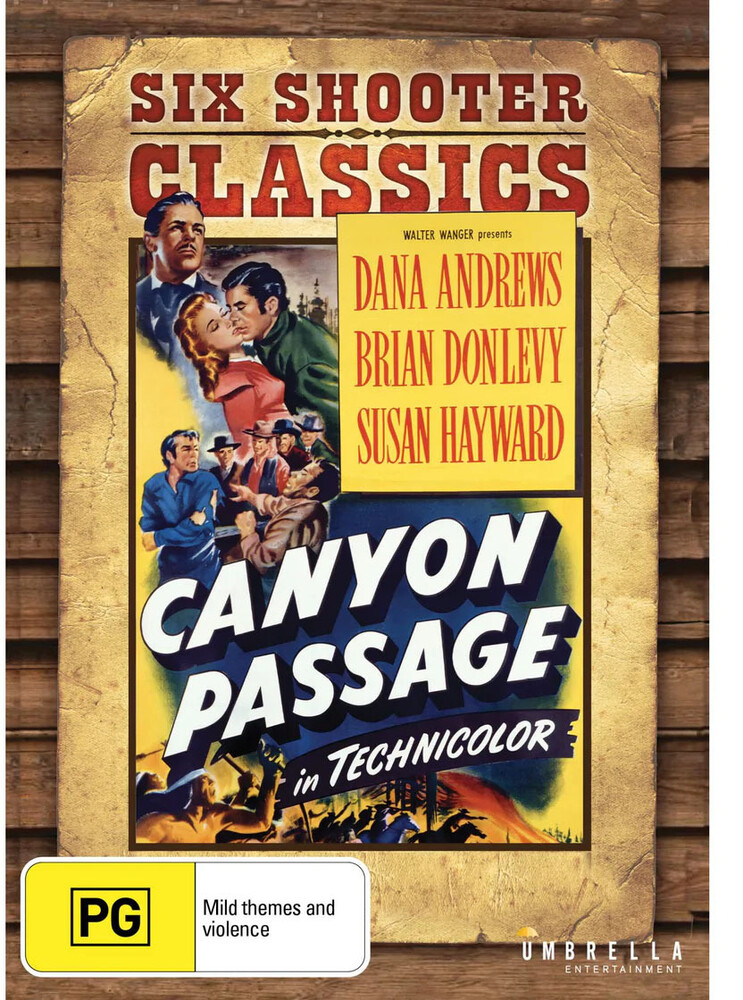 A visually beautiful patchwork of action in the Oregon of the 1850s" (New York Daily News), this film combines all the elements of the classic Western: gunfights, barroom brawls, gambling, gold prospecting, Indian attacks, romance, and the great outdoors. The pioneers around whom this Western drama revolves are pack-mule express owner (Dana Andrews), light-fingered banker/gambler Camrose (Brian Donlevy), Camrose's fianc e Lucy (Susan Hayward), a villainous outlaw named Bragg (Ward Bond), and Johnny Steele (Lloyd Bridges), the friend of a man Camrose kills. Plot and subplots interweave, leading to an impressive fight between Logan and Bragg, and a first-rate Indian attack incited by Bragg's killing of one of their women. There's never a dull moment, and it's all bound together by Hoagy Carmichael, with mule and mandolin, as he meanders through the action, singing four of his songs, including "Ole Buttermilk Sky.