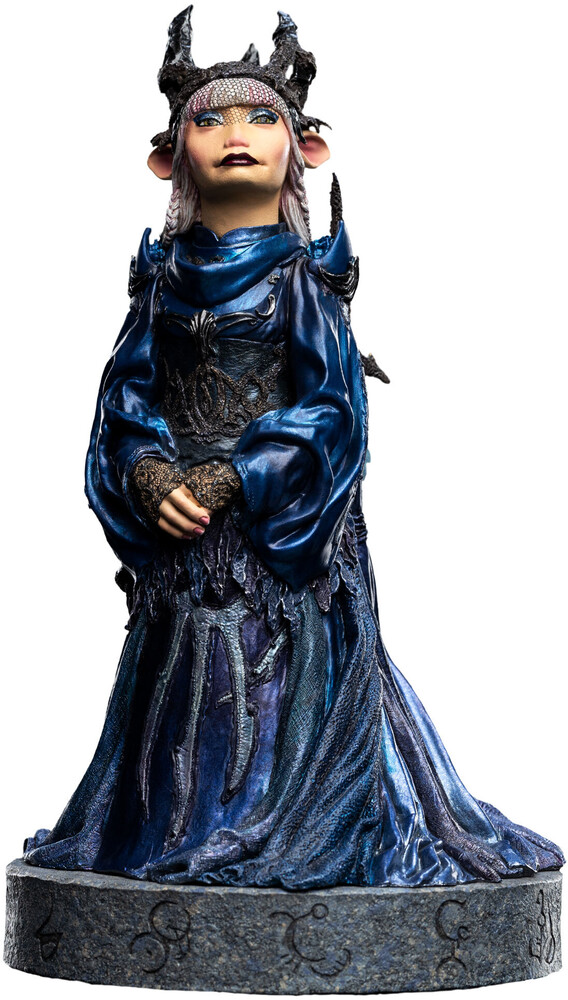 So rich and visionary was Jim Henson's 1982 passion project that it inspired dreamers across the creative arts, including a whole generation of film effects artists now working at Weta Workshop. Released at a time when many of our crew were young and beginning to explore their own creative energies, The Dark Crystal was an eye-opener: it was possible to bring imaginary worlds to life, and it could be a career! For years, those of us who had fallen in love with this world hoped that someday Thra might return

As huge fans of Jim Henson's The Dark Crystal (1982), Weta Workshop is excited to dive into the world of Thra and create premium collectibles for the prequel series, streaming now on Netflix. The Dark Crystal: Age of Resistance tells a new story, set many years before the events of the movie. The world of Thra is dying. The Crystal of Truth has been corrupted by the evil Skeksis and sickness spreads across the land. When three Gelfling uncover the horrific truth behind the power of the Skeksis, the fires of

As the eldest daughter and heir of All-Maudra Mayrin, Queen of the seven Gelfling clans, Seladon had devoted herself to the duties of one bound to wear the crown.

Despite her diligence and self-sacrifice, the princess never felt appreciated by her mother, and begrudged what she perceived as an irresponsible indulgence of her youngest sister Brea's whimsical flights of fantasy.

When turmoil and heresy engulf the Gelfling, Seladon seeks to preserve the order and stability of Skeksis rule that have kept her family in power. Betrayed when her mother sides with Brea, Seladon disavows bonds of family and love, branding Brea traitor and blaming her when the Skeksis murder the All-Maudra.

Facing challenges from all sides, Seladon clads herself in an armoured dress and crown of her own creation, fashioned in the likeness of the draconic lords whom she is sure will support her claim to the title of All-Maudra.

Display Seladon with her sister Brea, or preserve the rule of the Skeksis and partner your Princess with the draconic lords.