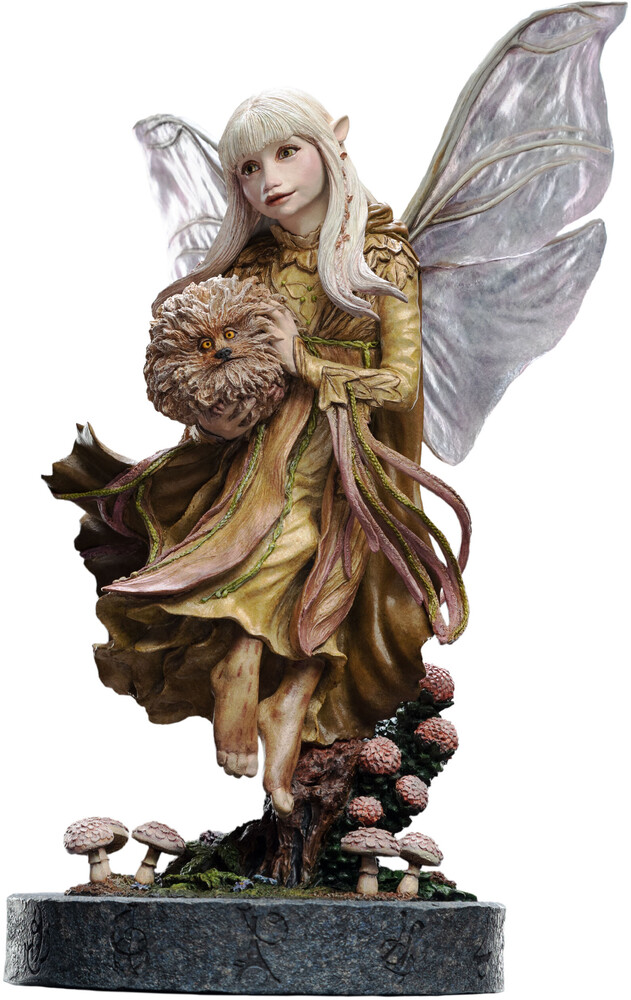 As huge fans of Jim Henson's The Dark Crystal (1982), Weta Workshop is excited to dive into the world of Thra and create premium collectibles for this iconic film. The Skeksis have remained separated from their other halves, the urRu, for too long; only by repairing the Crystal of Truth can balance be restored to the world of Thra. It falls to the Gelflings Jen and Kira, the last of their kind, to fulfil the ancient prophecy. Together they must overcome the dangers and deceit laid out before them by the evi

War and terror have ravaged the lands of Thra. Where once many Gelfling thrived; grim ruins, long reclaimed by vines and weeds, stand quiet and deathly still. The Gelfling are gone, wiped out by the Skeksis and their murderous warrior-slaves, the Garthim. Yet even as a voiceless wind blows leaves through lifeless stone streets and empty halls, a secret hope is nurtured.

A child of the forest, Kira spends her days exploring with her pet Fizzgig, listening to the songs of the woodland, and learning about its denizens. Having the gift of communion with her wild animal friends, Kira can divine meaning in the intricacies of their calls and reproduce them to speak with even the humblest of creatures. On silvery wings she flits through the forest and with bare feet she treads quietly its secret paths, alert to the sounds and moods of her surroundings. Yet on this day, as the Thre

Found and raised by Podlings after her mother hid her from the Garthim, Kira believes herself to be the last of her kind.

So rich and visionary was Jim Henson's 1982 passion project that it inspired dreamers across the creative arts, including a whole generation of film effects artists now working at Weta Workshop. Released at a time when many of our crew were young and beginning to explore their own creative energies, The Dark Crystal was an eye-opener: it was possible to bring imaginary worlds to life, and it could be a career! For years, those of us who had fallen in love with this world hoped that someday Thra might return

Reflecting on our childhoods, every one of us can pinpoint moments of profound impact that affected the direction our lives would take. Seeing The Dark Crystal back in 1982 at the age of seven was one such pivotal event for me. The world that Jim Henson and his creative collaborators had crafted was so rich and enchanting that I could think about little else afterwards, and that fascination has stayed with me my whole life. It shaped the trajectory of my career. Celebrating the world of Thra and its charact