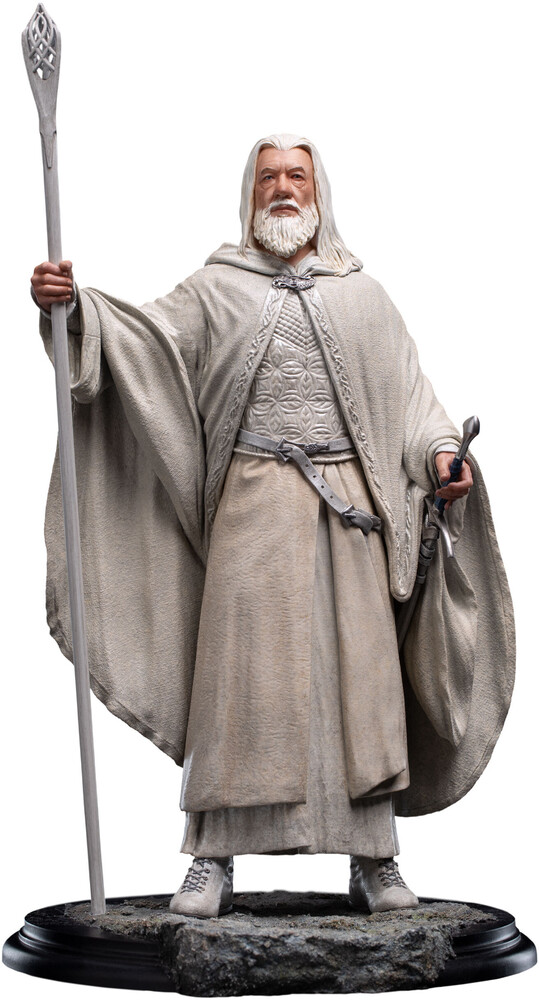 Winner of seventeen Academy Awards, The Lord of the Rings trilogy was brought to the big screen by New Line Cinema. Weta Workshop was intrinsically involved in the design and physical effects manufacture for all three films.

To celebrate upcoming 20th anniversary of The Lord of The Rings, the team at Weta Workshop have created a special line of polystone statues featuring Middle-earth's major characters in their signature pose and clothing. The Classic Series is Open Edition and has been tailor made to fit beautifully on your shelf. Please note: Images are of a pre-production prototype. Each piece is hand painted and some variations will occur.

"From the lowest dungeon to the highest peak I fought with him, the Balrog of Morgoth. Until at last, I threw down my enemy and smote his ruin upon the mountainside. Darkness took me, and I strayed out of thought and time. Stars wheeled overhead and every day was as long as a life age of the Earth. But it was not the end. I felt life in me again. I've been sent back. until my task is done."

"Following their Hobbit friends, Aragorn, Legolas, and Gimli enter the gloom of the ancient forest of Fangorn. Dark and dangerous is this old wood; a remnant of the great forest that once covered much of the wild lands east of the mountains. As the gnarled trees that hang over them begin to groan ominously to one another, the three hunters are alerted to the presence of a mysterious, robed figure.

`The White Wizard approaches,' warns Legolas, and expecting their foe Saruman to appear, the trio let fly sword, axe, and arrow, only to be thwarted by a blinding magic. Quickly overcome, the friends' thoughts turn to the worst, and in exasperation and fear demand their enemy reveal himself. But the end has not come this day, for as the brilliant light fades and his grey mantle falls, standing before them is no fallen Wizard, but a friend from beyond the borders of the mortal world; Gandalf has returned.

`I am Gandalf the White, and I come back to you now at the turn of the tide.'"

"The moment where Gandalf the White first reveals himself was such a pivotal one, that I just knew we had to revisit him for the Classic Series. My first time sculpting Gandalf the White was before the film's release, working with photos of Sir Ian McKellen posing. Now that we have digital scans of the actors, it allowed me to really hone in on the majesty of that moment."

*Images are of a pre-production prototype. Minor variations may occur.