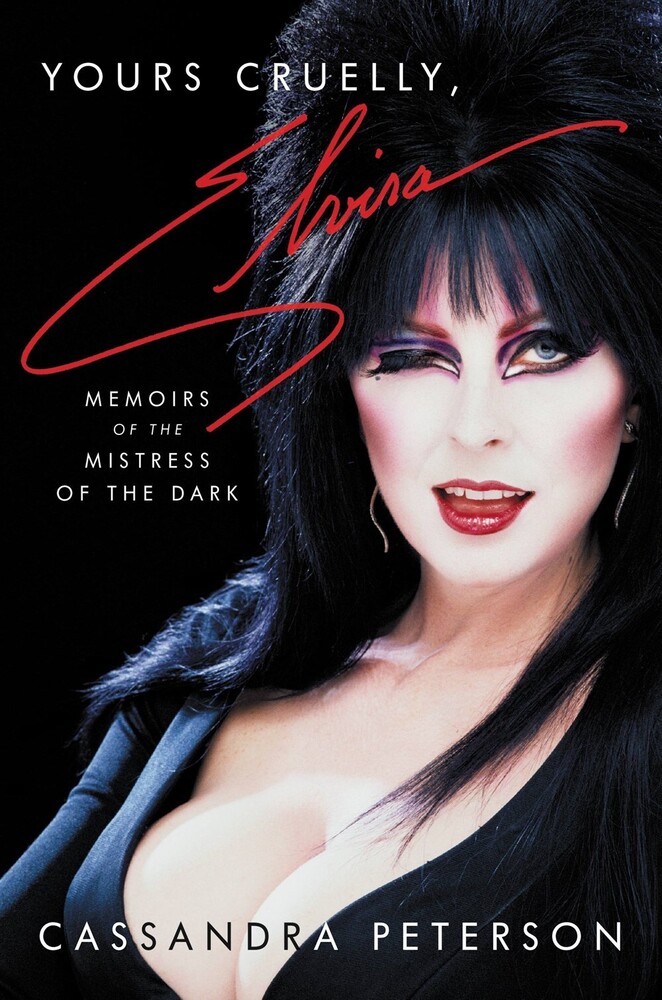 On Good Friday in 1953, at only 18 months old, 25 miles from the nearest hospital in Manhattan, Kansas, Cassandra Peterson reached for a pot on the stove and doused herself in boiling water. Third-degree burns covered 35% of her body, and the prognosis wasn't good. But she survived. Burned and scarred, the impact stayed with her and became an obstacle she was determined to overcome. Feeling like a misfit led to her love of horror. While her sisters played with Barbie dolls, Cassandra built model kits of Frankenstein and Dracula, and idolized Vincent Price. Due to a complicated relationship with her mother, Cassandra left home at 14, and by age 17 she was performing at the famed Dunes Hotel in Las Vegas. Run-ins with the likes of Frank Sinatra, Sammy Davis Jr., and Tom Jones helped her grow up fast. Then a chance encounter with her idol Elvis Presley, changed the course of her life forever, and led her to Europe where she worked in film and traveled Italy as lead singer of an Italian pop band. She eventually made her way to Los Angeles, where she joined the famed comedy improv group, The Groundlings, and worked alongside Phil Hartman and Paul "Pee-wee" Reubens, honing her comedic skills. Nearing age 30, a struggling actress considered past her prime, she auditioned at local LA channel KHJ as hostess for the late night vintage horror movies. Cassandra improvised, made the role her own, and got the job on the spot. Yours Cruelly, Elvira is an unforgettably wild memoir. Cassandra doesn't shy away from revealing exactly who she is and how she overcame seemingly insurmountable odds. Always original and sometimes outrageous, her story is loaded with twists, travails, revelry, and downright shocking experiences. It is the candid, often funny, and sometimes heart-breaking tale of a Midwest farm girl's long strange trip to become the world's sexiest, sassiest Halloween icon.