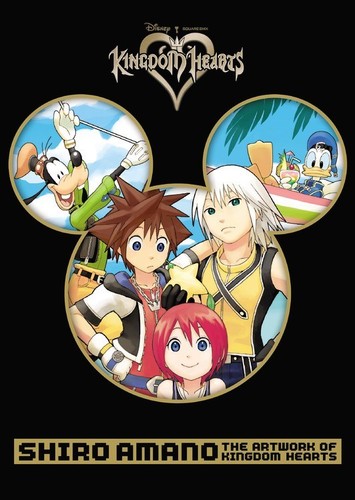 Shiro Amano: The Artwork of Kingdom Hearts contains over 100 color images from the manga adaptation of the popular video game franchise.

Fans have been waiting for years for the release of Kingdom Hearts 3, and that patience has finally paid off with the new game slated for release on January 29, 2019! The trailer which was released at the D23 Expo Japan has been viewed over 1.7 million times already, and Kingdom Hearts 3 immediately knocked Final Fantasy 7 Remake off the Famitsu leaderboard, which had been dominating the charts for some time. (Famitsu is one of the most widely read and respected game magazines in Japan.)

With fan interest at a peak, it's a great time to reintroduce Shiro Amano: The Artwork of Kingdom Hearts which has been out of print since its original publication in 2013!

A GORGEOUS CENTERPIECE FOR THE FANS!

The Shiro Amano art book collecting full-color illustrations from the beloved creator of the manga is a must-have for any Kingdom Hearts fan!