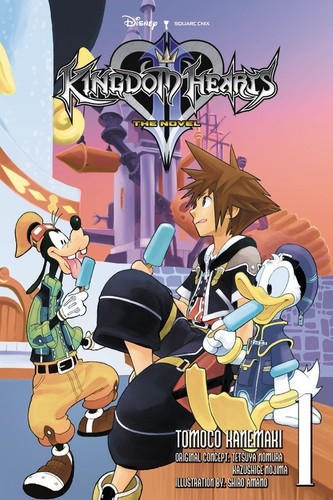 Roxas lives in sleepy Twilight Town with his friends, Hayner, Pence, and Olette. The four have promised to spend their last week of summer vacation together, no regrets...but strange things keep happening around Roxas. What's causing all these bizarre events? And what is his connection to Sora, the boy in his dreams...?

Tomoco Kanemaki is the author behind the novel adaptations of the massively popular Kingdom Hearts game franchise.