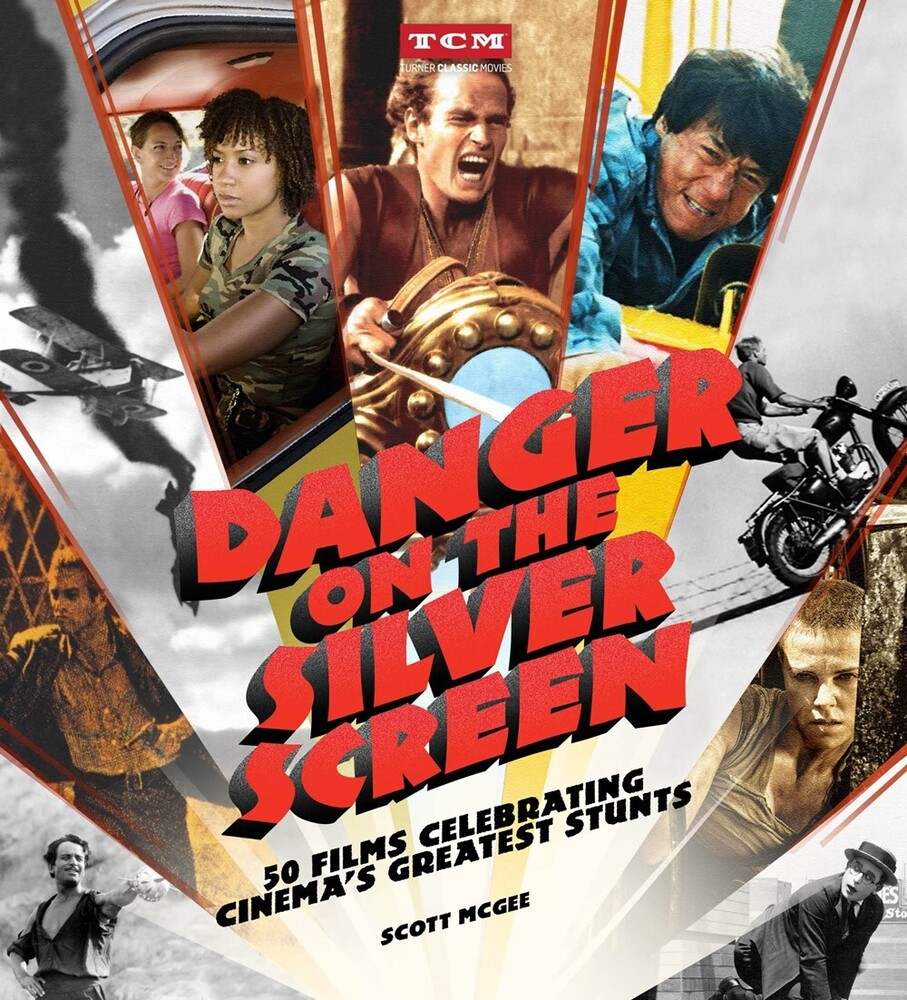 Turner Classic Movies presents a heart-racing look into the world of stunt work featuring films that capture the exhilaration of a car chase, the comedy of a well timed prat fall, or the adrenaline rush from a fight scene complete with reviews, behind-the-scenes stories, and hundreds of photographs.

Buckle in and join TCM on a action-packed journey through the history of cinema stunt work in Danger on the Silver Screen. This action-packed guide profiles 50 foundational films with insightful commentary on the history, importance, and evolution of an often overlooked element of film: stunt work. With insightful commentary and additional recommendations to expand your repertoire based on your favorites, Danger on the Silver Screen is a one-of-a-kind guide, perfect for film lovers to learn more about or just brush up on their knowledge of stunt work and includes films such as Ben-Hur (1925 & 1959), The Great K&A Train Robbery (1926), Steamboat Bill Jr. (1928), The Thing from Another World (1951), Bullitt (1968), Live and Let Die (1973), The Blues Brothers (1980), Romancing the Stone (1984), The Matrix (1999), The Bourne Supremacy (2004), John Wick (2014), Mission: Impossible-Rogue Nation (2015), Atomic Blonde (2017), and many more.

Scott McGee is a senior director of Original Productions at Turner Classic Movies. He is also a programmer for TCM's annual film festival and the lead programmer for the TCM Classic Cruise, and has been a presenter at many of TCM's past festivals and other industry conventions.

Turner Classic Movies is the definitive resource for the greatest movies of all time. We entertain and enlighten to show how the entire spectrum of classic movies, movie history, and movie-making touches us all and influences how we think and live today.