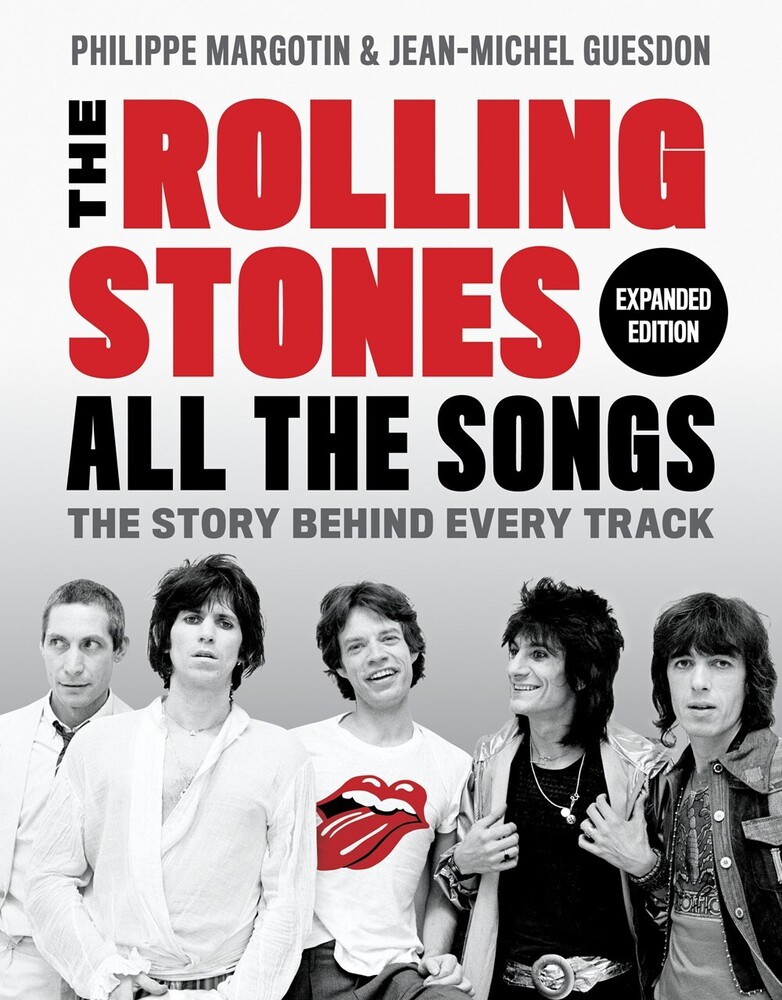 Comprehensive visual history of the "World's Greatest Rock & Roll Band" as told through the recording of their monumental catalog, including 29 studio and 24 compilation albums, and more than a hundred singles.

Since 1963, The Rolling Stones have been recording and touring, selling more than 200 million records worldwide. While much is known about this iconic group, few books provide a comprehensive history of their time in the studio. In The Rolling Stones All the Songs, authors Margotin and Guesdon describe the origin of their 340 released songs, details from the recording studio, what instruments were used, and behind-the-scenes stories of the great artists who contributed to their tracks.

Organized chronologically by album, this massive, 704-page hardcover begins with their 1963 eponymous debut album recorded over five days at the Regent Studio in London; through their collaboration with legendary producer Jimmy Miller in the ground-breaking albums from 1968 to 1973; to their later work with Don Was, who has produced every album since Voodoo Lounge. Packed with more than 500 photos, All the Songs is also filled with stories fans treasure, such as how the mobile studio they pioneered was featured in Deep Purple's classic song "Smoke on the Water" or how Keith Richards used a cassette recording of an acoustic guitar to get the unique riff on "Street Fighting Man."