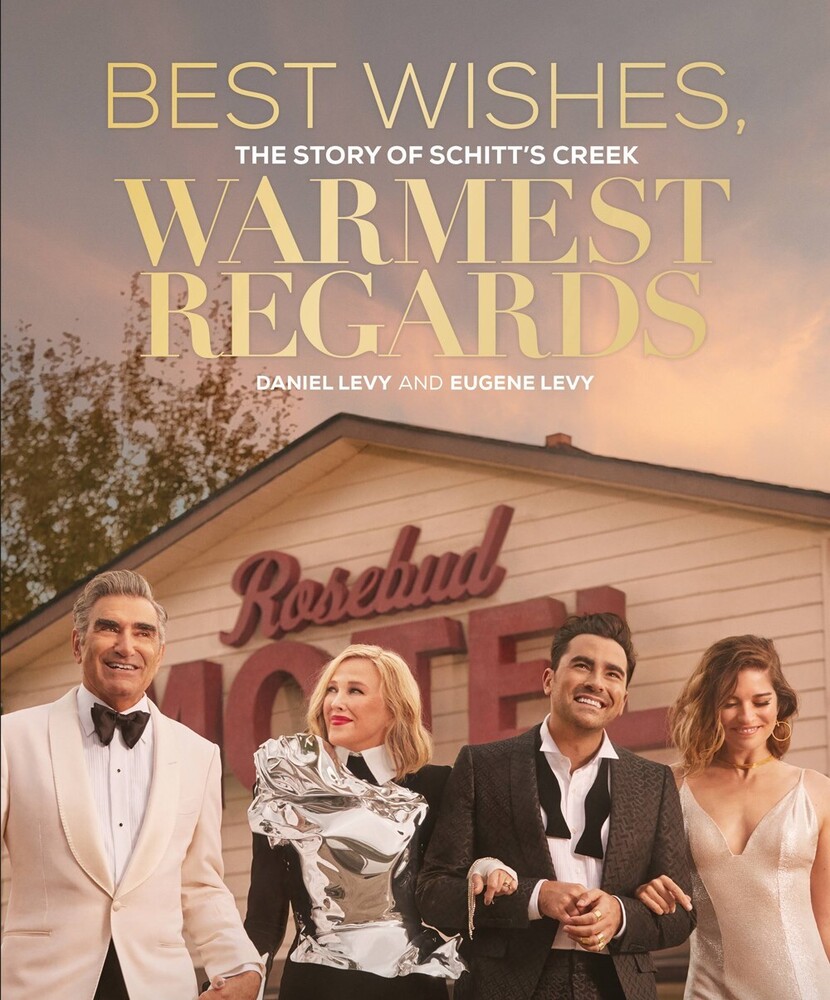 The official tie-in book for the beloved, nine-time Emmyr Award-winning series Schitt's Creek. This beautifully produced, keepsake coffee-table book is the ultimate celebration of the series, the town, the characters, and the state of mind that is Schitt's Creek. Capturing the essence and alchemy of all six seasons of what is now considered to be one of the most groundbreaking comedy television series of the last decade, Best Wishes, Warmest Regards is a gift to fans everywhere who have made the show their own. Included are character profiles from the cast of Johnny, Moira, David, and Alexis, and all of the characters that populate the town, major moments from Moira's endorsement of Herb Ertlinger Winery, to Patrick and David's first kiss, to Cabaret and the Rose Family Christmas episode. Also included are special features, such as the complete, illustrated catalogs of David's knits and Moira's wigs, Moira's vocabulary, Alexis's adventures, and behind-the-scenes moments from Dan and Eugene Levy and the cast of Schitt's Creek.