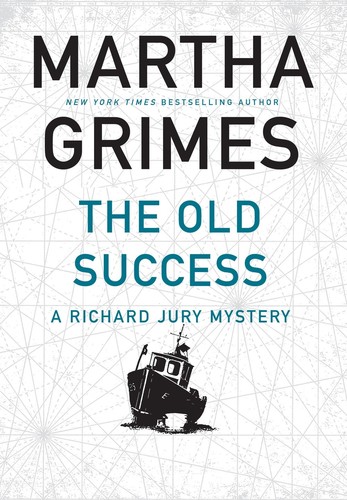 In The Old Success, the twenty-fifth mystery in the bestselling Richard Jury series by MWA Grand Master Martha Grimes, an unlikely trio of detectives teams up to solve three puzzling murders on the coast of Cornwall.

When the body of a French woman washes up on a wild inlet off the Cornish coast, Brian Macalvie, divisional commander with the Devon-Cornwall police is called in. Who could have killed this beautiful tourist, the only visible footprints nearby belonging to the two little girls who found her?

While Macalvie stands stumped in the Scilly Islands, inspector Richard Jury-twenty miles away on Land's End-is at the Old Success pub, sharing a drink with the legendary former CID detective Tom Brownell, a man renowned for solving every case he undertook-well, nearly every case. Bronwell discloses that there was one he once missed.

In the days following the mysterious slaying of the Parisian tourist, two other murders are called in to Macalvie and Jury's teams: first, a man is found dead in his Devon estate, then a holy duster turns up murdered at the Exeter Cathedral in Northhamptonshire. When Macalvie and Jury decide to consult Bronwell, the retired detective tells them that the three murders, though very different in execution, are connected. As the trio sets out to solve this puzzle, Jury and Macalvie hope that this doesn't turn out to be Brownell's second ever miss. Written with Grimes's signature wit, sly plotting, and gloriously offbeat characters, The Old Success is prime fare from "one of the most fascinating mystery writers today" (Houston Chronicle).

Martha Grimes is the bestselling author of more than thirty books, twenty-five of them featuring Richard Jury. The recipient of the 2012 Mystery Writers of America's Grand Master Award, Grimes lives in Bethesda, Maryland.